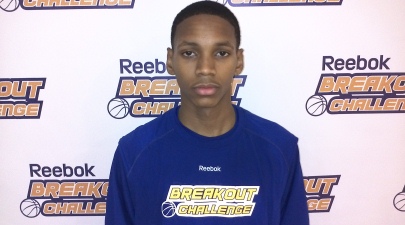 Russell had led Peoria High School to this year's Division-II State Championship - after posting an impressive 27-3 record on the season, and leading Peoria in a big win over the defending state champion, Amphitheater HS.  Russell is regarded as one of the very elite talents in the state.  Russell had won the prestigious Tournament Most Valuable Player award at last year's 13th Annual Arizona Preps Fall Showcase.  And Russell had recently verbally committed to the USC Trojans and Head Coach Kevin O'Neill .

That was until on Tuesday when the ultra-talented guard prospect decided to de-commit from USC.

"It was a mutual agreement by both of us (USC)," said Russell over the phone Tuesday evening.  Russell contacted me as soon as the decision had been made.  "I just think it is the best decision for me right now."

Russell advised me that he will look towards other programs now.

"I don't have any schools in mind right now, said Russell.  "I'm just going to open it up and see who comes calling."

Russell said that he is wide-open in his current college recruitment, and that any school is a possibility.  He told me that he thought that the previous schools that had been recruiting him would have moved on at this point - so he was going to keep his options open.

Russell was selected this summer by our Arizona Preps' staff  for an invite for the Reebok Breakout Camp in Philadelphia, Pennsylvania in July - a camp organized and hosted by NBA guard John Wall (Washington Wizards).

Russell may decide to play on the spring AAU/club circuit, since there will be an April evaluation period this year - permitting NCAA Division-I coaches to attend NCAA sanctioned events on two weekends in the month.  If he does he will play for his uncle Will Roberts and his club program - Team M'phasis.

Arizona Preps will continue to follow this story closely and bring you any updates as they develop.

Arizona Hoop Review Scouting Report: Russell is as talented a guard prospect as there is in the state.  His superior athleticism and quickness allows him to make plays most prospects his size cannot.  He is a relentless driver of the basketball and has explosive quickness off the dribble, which he is able to use to create space off the dribble and finish plays.  He has a nice jump shot shooting stroke, which he uses to make himself tough to defend off the bounce.  Russell's shot selection can be questionable at times, but he makes up for it with his tenacious attitude on the floor - always wearing his game face.  He is an excellent defender and can become a lock-down defender if he chooses to focus on it, but he has excellent lateral quickness and is known for beating his man to the spot on the floor.  Russell is an excellent passer and has excellent court vision to boot, but he does gamble at times, but you can live with it.  A very good penetrator that finishes plays over biger defenders, and also sets his teammates up nicely.  A big-time sleeper prospect.  Decommitted from USC.