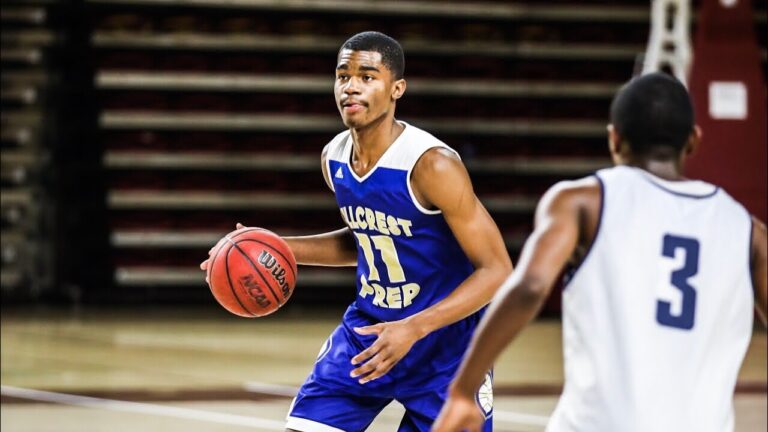 Possibly the state's best sleeper prospect currently is Hillcrest Prep's 6-foot-6, 180-pound senior guard/forward Devan Cambridge. After going through his entire senior season somehow without any true offers, the gifted wing prospect has just received a tremendous offer from a top-rated program in the Big-12 Conference.

This past season, Devan Cambridge was a very consistent top performer on a loaded Hillcrest Prep roster. In numerous games this season and against top-rated national competition, Cambridge played at a high level and proved just how good he was as a future college prospect. While college programs have not made their commitment to the ultra-athletic wing prospect, the West Virginia basketball program has, as they have made an offer to Cambridge for next fall - a huge offer for Cambridge. His first offer and a big one.

It is unclear as to when Cambridge will decide to commit to a college program, and if more offers are on the horizon, but this offer will be very hard to pass up for Cambridge.

Cambridge has flown well below the recruiting radar since moving to the state of Arizona via Tennessee, but he is worthy of serious college attention from division-I programs.  One of the most athletically gifted prospects in the West, Cambridge is a superb overall talent. Cambridge is not just a normal athlete, as he possesses better than a 40-inch vertical leap and is able to play high above the rim as needed.  He also has a good mid-range game which allows hi mto make plays for himself and others as well in the halfcourt set, but he is at his best in the open floor where he is able to make plays for himself at a high rate.

I will continue to follow the recruitment of Cambridge closely, and bring you any recruiting updates on him as they develop.