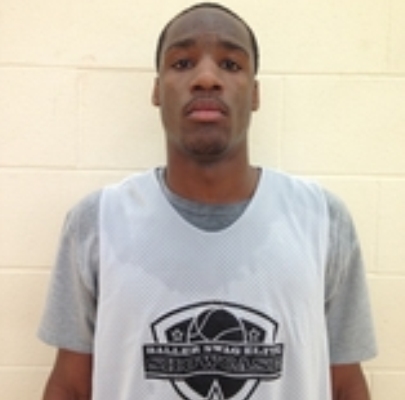 With the start to this year's 2014-2015 junior college basketball season in the mix, one player will not have to worry about his college recruitment this season.  Central Arizona Junior College ultra-athletic 6-foot-6, 220-pound sophomore forward Deshawn Jones is already off the recruiting board, after signing this fall with a strong division-II program from his hometown.

Before his college recruitment would really get started, Jones would elect to sign this fall during the early signing period with the University of Minnesota-Duluth - another huge signing by the division-II program, and an absolute steal.  Jones is regarded by myself and our staff as one of the elite prospects and performers in the conference this season.

Instrumental in the recruitment of Jones is again hard-working assistant coach and Arizona native Kevin Williamson.  Williamson formerly coached at Yuma High School in Arizona, and has worked tirelessly to recruit Arizona’s best prospects for some time.  Williamson has been extremely successful landing many of the state’s top overall prospects in recent years.  Williamson has figured out just how under recruited the state of Arizona really is, and has made a living recruiting in the desert.

Deshawn Jones is a man-child with a pro body and NBA athleticism and strength.  He is a small forward that is capable of playing both forward spots on the floor, especially at the D-II level.  He plays well above the rim and is an excellent slasher and finisher in traffic.  He is really good in the open floor where he thrives.  He has a very good mid-range game and is difficult to keep off the glass, especially after missed shots by himself or his teammates.  He has also improved his ability to make shots from three-point distance and shoots a good percentage from the floor.

An excellent rebounder, Jones pushes the ball ahead to the guard and gets out on the break where he finishes in transition with thunderous dunks.  Jones is also a good passer and a good teammate that plays hard and with a good attitude on the floor.  Also a good defender that takes pride on the defensive end.