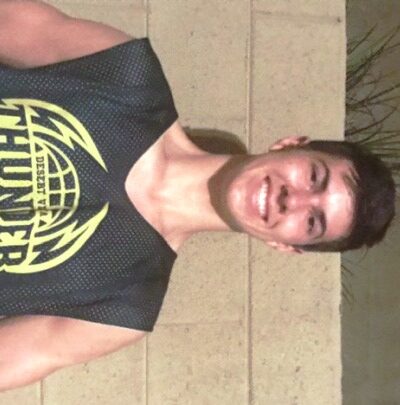 Desert Vista High School is known for producing quality talent in all sports at the school, and one of the top prospects in the school has decided to shift gears for his college future. Our Arizona Preps’ staff has heard a lot of great things about Desert Vista’s 6-foot, 150-pound sophomore guard Ryan Santino over the past two years, but now the talented guard prospect will turn his focus and attention to baseball full time – a sport that he has already thrived in and received serious college attention for at a young age. The sharp-shooting guard prospect has a very good shooting stroke with range on the basketball court and would have looked to have a very good basketball career at Desert Vista, but as a baseball prospect, Santino is one of the top recruiting targets in the state’s 2022 Class, and one of the better shortstop prospects in the West. Santino comes from a strong line of athletes, as his father, Todd Santino, currently an executive with the Arizona Cardinals, has spent his entire career working in professional sports and was a pitcher for USC. Ryan’s Grandfather, Tony Santino, also played baseball at USC as a center fielder. His Grandfather has the 5th Best All Time Career Batting Average (.362) at USC and went on to play for the Milwaukee Braves. Ryan has been around professional and college sports his entire life, which should benefit him nicely over time as he continues to mature physically and develop into a serious Division-I prospect throughout his high school career. As a baseball prospect, Ryan is a long, athletic shortstop with sure hands, and a plus arm. Coming off basketball last year, he turned in a near error-free season in the infield while playing shortstop and some second base. Santino also excelled at the plate, where he is a line drive hitter with quick hands. He had many games with multiple hits, runs, and RBI’s last season as a freshman, including both games against conference rival Mountain Pointe. As a result of Ryan’s prowess on the baseball field, he has heard from numerous Division-I programs already, as such college programs as USC, Arizona and UCLA have already extended interest to the gifted young prospect. With Santino now focusing full time on baseball, I look for him to generate loads of more college interest over the next year, as he continues to develop and flourish on the field. Ryan has played several sports throughout his life at the same time and has had to share time between sports. A full-time focus now on baseball should pay immediate dividends for him in his baseball future. According to my sources, Ryan has not given up on his love for the game of basketball though. Instead, he has not ruled out playing in the summer on the club circuit and plans to continue working with his longtime basketball trainer, LeagueMe Founder, Desmond Howard, the older brother of Markus and Jordan Howard, two of the top basketball players to come out of Arizona, who went on to star at Marquette and Central Arkansas, respectively. Regardless of how things eventually all play out for Santino, the future looks extremely bright for this young man, and I look forward to seeing him develop on and off the field over the next few years.