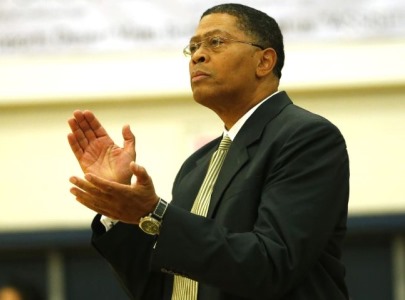 In mid-December, we learned of the recommendation for termination of Desert Vista High School's Head Coach Gino Crump - a decision by the program and the school district that shook the Arizona basketball community, as well as the student-athletes currently on the team. Such a decision, such as this one during the middle of the season, was unparalleled in Arizona basketball historically, but Crump was suspended by the program while the district carried out their investigation. The recommendation by Desert Vista was also to terminate Crump's employment as the head coach at the completion of the investigation.

A very emotional Crump took his suspension head on, while his reputation and coaching future at Desert Vista and in Arizona high school basketball weighed in the balance. Crump, while having a very heavy heart and concern over his reputation and future in the business, quickly looked to see what his rights were in this situation after being suspended. Never facing a situation such as this, Crump, facing imminent termination, had no idea what his next step was, so he turned to friends and family, before, eventually seeking lawful counsel in this situation.

Also in unprecedented fashion, Crump turned to the counsel of another Arizona high school basketball coach for guidance, Thunderbird High School long-time veteran and successful Head Coach Buddy Rake. As a head coach in the valley for more than 30+ years, Rake has been very successful in developing today's student-athletes, but he is also one of the nation's top overall attorneys, and is as respected an attorney in the business as there is. Rake agreed to take on counsel for Crump without batting an eye, simply because he felt the incident that had Crump suspended was not warranted.

Crump was suspended by the district after a Desert Vista victory on December 13th at St. Mary's HS, a game in which Desert Vista won, 71-64, in overtime. After the game, while trying to avoid his players from a possible altercation, Crump pushed one of his players - looking to force his players into the locker room after the game to avoid any fighting. This incident was a very sensitive one, especially after a recent brawl after a high school game between Cesar Chavez and Skyline HS. Crump was looking to avoid another similar incident. After pushing one of his players, Crump then learned a week later that he would be suspended, while the school also made a recommendation to terminate his employment. The parents of the student-athlete also filed a restraining order against Crump and harassment charges.

The harassment charges and also the restraining order would be dropped by the courts this week, and, on Wednesday afternoon, Crump would learn that he would also be reinstated as head coach at Desert Vista. On Wednesday evening, a very emotional Crump, would address a group of friends, players, parents and media regarding what had took place for him during this ordeal.

The reinstatement of Crump in this situation is historic in Arizona high school sports, as it seemed imminent that he would lose his job at Desert Vista, also in historic fashion, over pushing one of his student-athletes to avoid conflict. This overall decision by the school and the Tempe Union School District had major implications for coaches around the state of Arizona, and could significantly impact coaches around the country moving forward.

An emotional Crump touched on the future for coaches in his address on Wednesday evening, stating that there is no handbook for athletic coaches to follow in future situations, and that something is needed in the future to help guide coaches in similar occurrences.

Before Crump was suspended in mid-December, he had led his Desert Vista program to an impressive 9-1 start to the season, and looked to have his team as the clear favorite to win this year's 6A State Championship. Crump, a retired former fire captain from Washington D.C., and also with a background in human resources, is in his fourth season as the Head Coach at Desert Vista High School, and will now continue to lead his team this season, while Desert Vista now holds a 13-2 overall record. Crump missed coaching his team in (5) total games, but his current staff of assistant coaches took the lead for him in his absence.

Desert Vista has been well known for releasing head basketball coaches of their duties in the past. Former Desert Vista head coaches Tony Darden, Doug Harris and Dave Williams each were replaced in the past. While replacing head coaches in the state is uncommon in most high school programs, it seems to be a common occurrence at Desert Vista, where the pressure to win and perform is high, but the pressure from parents of players is also high.

If Crump was to be terminated from employment as a result of his performance, it would have been warranted, as the state of Arizona is a right-to-work state, but this situation did not involve performance, but rather justice.

Crump received major help through a petition that recived more than 2,500 signatures, and he also saw major media attention and support in this matter.

While Crump will now be reinstated as head coach at Desert Vista, and will get to return to his team, which, from a social pyschological standpoint, will be a very difficult and interesting occurrence for him, his coaches, his players, parents, students and, of course, the school, this is a much bigger issue moving forward for coaches in all sports around the country. While high school coaches in all sports do not receive much in pay for their services, and all of their extreme amounts of time essential in developing today's student-athletes, this decision and situation also proves that they do not have much in support either. The days of using force to aid in the process of manipulating situations with student-athletes are over. Moving forward, coaches will need to examine their own behavior very closely, just as much as they examine the behavior of their staff and their players. A wrong move or decision could cost you your job, your future in coaching and also your reputation. In Crump's case, it could have also cost him his freedom.

Raising today's children is very difficult already and raising other people's children is even much harder. The old adage stated that "it takes a village to raise a child." But in today's society, the village is now afraid to help, scared that it could cost them their own rights and future. We don't like it when injustice takes place and bystanders simply watch and do nothing to help, but as times moves on, we learn why. People have become so sensitive to verbal and nonverbal cues involved in communicating with others, and also any form of physical contact that can be misconstrued.

I am old school when it comes to coaching youth, simply because I am very aware of the challenges that our youth are faced with in the "real world." While we are all policed cosely in our dealing with others, the world does not seem to have the some restraint. Grow up with behavioral issues or a lack of respect for others, and you will quickly see how law enforcement will treat the situation, as you could get forcefully restrained by the law. Coaches, school security and officials need to have our support, if needed, to restrain others, so incidents, such as the one at Central High School between Chavez and Skyline, never take place again, and also another situation such as this.