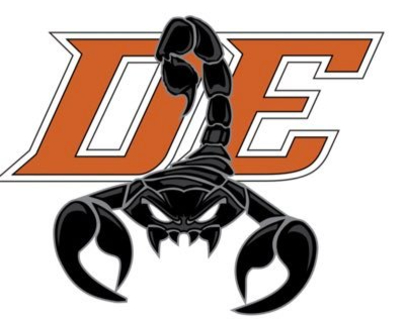 The Scorpions of Desert Edge will be under new leadership this upcoming season. Former Sandra Day O’Connor Head Coach Andra “Dra” Rogers looks to take the Scorpions to new heights in the 4A West Valley Region. I was able to get a glimpse of his team at the Best of the West Fall League. Rogers’ Scorpions have some pieces to make some noise out West this season. Here is our conversation:

Q: How long have you been coaching?

A: My why is simple. I want to help develop and grow young men. The biggest impact in my life came from my Varsity basketball and football coaches in high school, so naturally that's where I want to make the impact as well. My love and knowledge of the game gives me a vehicle to pour into the lives of young men to develop them to be better men, husbands, fathers and basketball players.

Q: What was your record last season?

Q: Who are some of your top players to watch this season?

Q: How did the kids respond to this past summer’s off-season?

A: Our kids loved the off-season. It was definitely challenging, because I got hired late and had so many things to figure out and relationships to build. But our guys responded well and were very coachable and flexible.

Q: What are three goals for this upcoming season?

A: Our (3) goals are to make the playoffs and host a home game, shoot 70% or better from the free throw line, and keep opponents to 50 or less on a nightly basis.

Q: What were the keys to keeping your program competitive year in year out?

A: Keys to keeping our program competitive are making sure the lower levels are coached up the right way, making sure we develop relationships outside of basketball with our guys, and developing non-senior leaders every year, so that when the seniors are done, the next guys are ready to step in and take ownership in our program.

Coach Rogers is doing a phenomenal job at Desert Edge. I can see his imprint on the program despite, being his first year at helm. Desert Edge is going to turn some heads as they play a very uptempo system, which creates offensive transition opportunities off of their defense. We look forward to checking out Coach Rogers and his squad this upcoming season.