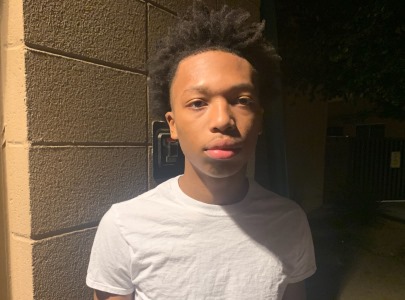 Recently, the state of Arizona and Desert Vista High School received a new transfer from the state of New Jersey, and another excellent addition to Arizona's 2022 Class of prospects, as 6-foot-1 sophomore guard Dasean Lecque invaded the state of Arizona. Lecque has joined a very talented Desert Vista team and program, where he will now finish his (3) remainning years of high school basketball, and immediately becomes one of the state's better prospects in the class.

Lecque is the younger brother of current NBA guard Jalen Lecque (Phoenix Suns), who made the jump directly to the NBA from Brewster Academy in New Hampshire. He comes from a strong line of ball players in a family where both parents highy understand the game of basketball, and also the process it takes to be highly successful at the craft. His older brother committed himself fully to the game, and was able to leave high school for the pros. This younger Lecque has a very similar mindset, as he plays much older than his years suggest and he also has his eyes on the highest level of the game.

Dasean Lecque emerged recently while playing in the Phoenix Showdown and also the Arizona Preps Fall Showcase, where he played at a high level in both events - proving his unique ability to play the game, and also fit in with an experienced ball club that is surely set to compete for this season's 2020 6A State Championship.

Lecque is a pure point guard prospect with an advanced ability to handle the basketball and run a team, especially for a player his age. He has command presence on the basketball court, which shows that he plays with superior confidence on the floor and knows he belongs on the floor, regardless of the competition. He is a floor general with the basketball in his hands, and enjoys making plays for others, but is also very skilled in his ability to create for himself as well. He is a good shooter of the basketball with range, and a nice mid-range game as well, which allows him to get to anywhere he wants to on the floor. He has a strong ability to get into the lane and finish, and also is very effective in transition and in the open floor, where he thrives.

Lecque is also an excellent defender that has quick hands and feet and plays passing lanes, which will suit him nicely as a player over time. Lecque is a ball hawk, and enjoys playing the game at a high level. His superior level of confidence that he plays and his mental toughness that he has allows him to play both ends of the floor at a high level. Over time, as he matures physically and grows with this Desert Vista group, basketball enthusiasts will soon get to see just how good Lecque is, as he should become one of the program's top overall performers each night out, very soon and early in the season.

While the thought can be that point guards are "a dime a dozen," special point guards that posses the qualities that Lecque does are not. Rarely do you find such point guard prospects as Lecque in our state, that play with an offensive skillset such as his, and such a high level of confidence on the floor. I look for Lecque to become one of the hotter young prospects in the state, and see some serious recruitment begin to come his way in the near future.

I will continue to follow the progress of Lecque closely this up-and-coming high basketball season, and bring you updates as they begin to develop.