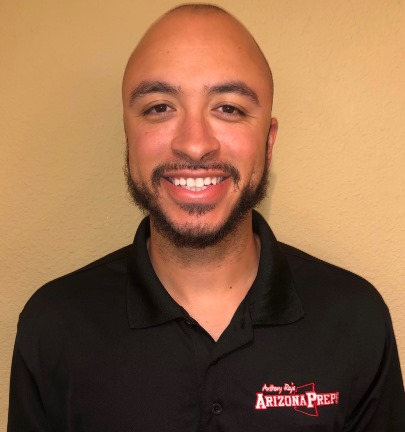 Arizona Preps is very proud to announce that Derrace Samilton, a journalism student with Arizona State University, has joined the Arizona Preps' staff of writers as an intern through ASU.  Samilton will be a valuable addition to the team and comes to our staff in a similar manner as former Arizona Preps intern and staff writer Chris Buchanan, now an assistant coach with the University of Portland.

Derrace Samilton recently started interning for Arizona Preps in the fall of 2019, just in time for the organization's 20-year anniversary.  A native of Seattle Washington, Derrace has been living in Arizona since 2011.  Currently he is attending Arizona State University and pursuing a degree in Mass Communications and Media Studies.  On pace to graduate in the spring of 2020, Derrace has already made the Dean’s List every semester while attending ASU.

Having been around such greats as former NBA superstar Brandon Roy and current NBA star Zach Lavine, Derrace brings a great level of knowledge and enthusiasm to the game and will be a great addition to the Arizona Preps' team.

Eager for the writing opportunity with Arizona Preps, Derrace hopes to one day cover a professional sports team or to work within its media relations department.

Welcome to the team Derrace!  You can catch Derrace's stories and evaluations on the Arizona Preps' site this season, and especially after next weekend's exciting Arizona Preps Fall Showcase.