Deng Reels In Another Big Offer 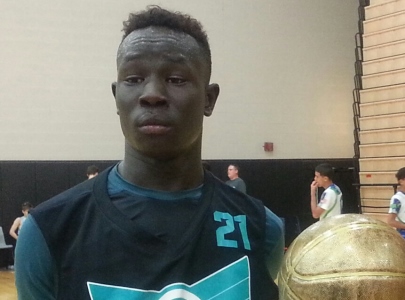 After receiving a big offer from a program in the SEC Conference last week, this week Salpointe Catholic High School's 6-foot-5 superb sophomore wing prospect Majok Deng received another offer for himself - this time from a school in the PAC-12 Conference.

This latest offer came while Deng was on a scheduled unofficial recruiting visit to the University of Utah.  While on campus, the Utah men's basketball staff decided to extend the offer to Deng, who is currently among the hottest 2019 prospects in the West.

Deng is now regarded among the very elite 2019 prospects in the West.  As a result of Deng's performance this spring and summer, many college coaches, scouts and media have quickly taken a strong notice of him as a big-time talent for the future.

Deng is a sure-fire talent for the future and is among the elite overall prospects in this state.  Look for his college recruitment to continue to soar as this young man is a can't-miss-prospect.  Many more high-major division-I offers should only continue to pour in as more college coaches catch a glimpse of Deng.