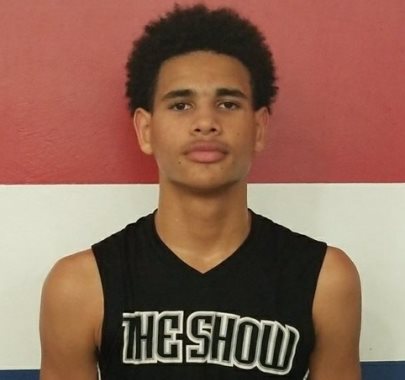 Skyline High School's 6-foot-2 senior guard Dayton Harris is one of the state's top prospects in the 2020 Class, and was receiving a lot of college interest until he decided to pull the trigger this week and give an early verbal commitment to Northern Arizona University and Head Coach Shane Burcar. The decision was a big one for Harris, and the commitment was an even bigger one for Northern Arizona.

Northern Arizona recently changed head coaches when former NAU head coach Jack Murphy accepted an assistant coaching position with his former program, the University of Arizona. The move resulted in former NAU assistant coach Shane Burcar to take over the interim Head Coaching spot. Burcar, a former Head Coach of Mesa High School in the valley, has excellent valley ties, and so landing Dayton Harris makes tremendous sense. For Burcar, who is looking to land the position permanently, the commitment from Harris is a very important one, as Harris is a very good guard prospect for the program.

Harris is coming off a strong junior season where he led Skyline to a 19-8 overall record on the seaon - averaging 14.9 points, 6.4 assists, 5.3 rebounds and 3.5 steals per/contest. Harris is one of the top overall point guard prospects in his class, and he is having a very good spring and summer on the club circuit. While he was just beginning to see his recruitment take off, Harris decided to pull the trigger with his NAU commitment.

Harris will be one of the state's top individual performers again next season - an electric guard prospect with a strong handle of the basketball and a nice ability to drive and finish in the lane. He is a good scorer of the basketball and has a good mid-range game for a guard prospect. A good shooter with some range on his shot, Harris is at his best though driving past defenders and getting into the lane and making plays off the dribble.

He is a good passer of the basketball that sees the floor and pushes the basketball up the floor to the open man. He is good in the open floor and a good finisher that is crafty in his overall skillet. A very good defender that plays passing lanes and has quick hands and feet.

Overall, the commitment of Harris is an important one for NAU, as they look to land better prospects from the state of Arizona. If the Harris commitment is any indication of the future success of the NAU program, then the future looks bright for Shane Burcar and his staff.