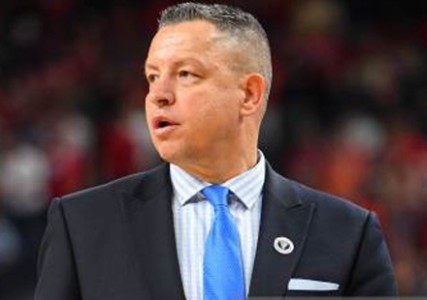 The Arizona Preps Basketball Academy was a tremendous success in late 2020 in Prescott Valley, and is looking forward to returning to Northern Arizona to help with the development and promotion of some of the top basketball prospects, boys and girls, in the area. Our Arizona Preps' staff is very excited to be able to bring David Grace to next month's Academy, as Grace is one of the elite assistant coaches in the country, and led UCLA to the #1 National Recruiting Class in America two different times during his (5) year coaching career there. David Grace recently coached at Vanderbilt University as an Associate Head Coach in 2020, after spending the 2018-19 season as an assistant coach at Cal.

Prior to his stint with the Cal Golden Bears, Grace completed five seasons at UCLA. He spent (5) seasons at Oregon State prior to that, along with stints at the University of San Francisco and Sacramento State. He also served with the United States Air Force for two decades.

While at UCLA, Grace’s coaching and recruiting prowess helped the Bruins compile a 117-57 record with (4) NCAA Tournament appearances, plus four top five recruiting classes. With responsibilities ranging from self-scouting, opponent scouting and game preparation to on-floor coaching and in-game adjustments, plus community service, Grace played a key role in the development of (10) prepsters to the NBA, including Lonzo Ball, Norman Powell, Zach LaVine and Kyle Anderson, as well as Looney, Leaf, Anigbogu and Travis Wear.

Grace’s time in Westwood saw the Bruins advance to the Sweet Sixteen during (3) of his seasons, including the Ball-led 2017 squad that posted a 31-5 overall record. The 2017 and 2014 UCLA squads ranked among the nation’s elite in numerous categories, including scoring, assist turnover ratio and assists/game.

In 2011, Grace was selected to attend the prestigious Villa 7 Center for Sports Leadership Conference at Virginia Commonwealth, where he learned alongside an elite group of basketball coaches, athletic directors and conference commissioners.

Arizona Preps is proud to bring Coach David Grace to Northern Arizona and to the Arizona Preps Basketball Academy, and our staff looks forward to having him speak to next month's group of players and parents about the Recruiting Process.