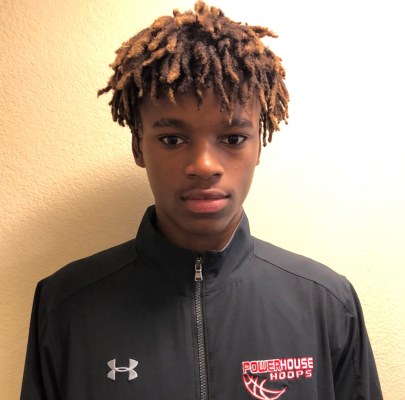 The state of Arizona's top overall prospect in the 2021 Class is of the elite prospects in the West, Millennium High School's promising 6-foot-9, 195-pound sophomore forward DaRon Holmes. Holmes is a big-time future prospect in the state, and numerous college programs have already positioned themselves with the talented budding young prospect. With many high-major Division-I programs already in the hunt for Holmes, the University of Arizona has now extended an offer to the talented rising junior prospect.

On Monday, Holmes received an offer from Sean Miller and his coaching staff, after a strong performance over the weekend at IMG Academy (FL) in a workout for Under Armour. The big offer from the Arizona Wildcats is now added to a nice list of offers for Holmes, which includes Texas Tech, Arizona State, Cal, Minnesota, Ole Miss, New Mexico, UTEP and Grand Canyon.

It is still very early in the recruiting process for Holmes, who will garner many more offers, depending on how long his recruiting process continues. He does not look to have a leader in his college recruitment currently, but only time will tell.

Holmes has made a lot of noise and has become a very hot commodity early in the recruiting process - enough for him to reel in numerous scholarship offers as a mere freshman - a list that continues to now grow.

Holmes is coming off an excellent sophomore season at Millennium High School, where he led his young high school program to a nice 22-7 overall record on the season, and a big 5A State Championship Runner-up finish. Millennium would fall to state champion Gilbert HS in the 5A's final game, 38-37. Led by loads of young talent, Millennium is now regarded as one of the elite basketball programs in the state, after a new era began in their boy's basketball program with the hire of head coach Ty Amundsen.

Holmes is a major reason for the program's resurgence - a big-time young talent with a very bright future ahead of him. Holmes played at the varsity level as a mere freshman starter, and had a strong freshman season for himself - averaging 12.5 points, 7.5 rebounds and 2 blocks per/game.  As a sophomore, Holmes averaged 16.1 points, 9.2 rebounds and 3.2 blocks per/game.

Holmes is a very long and rangy prospect that runs the floor like a guard, and enjoys getting out into the open floor.  He is an athletic post performer that is able to score inside and out, with a variety of offensive skillsets, and excellent potential and upside for the future.  He is a good shooter with range on his shot, and has excellent feet and hands.  He will definitely grow much more in the future, and should blossom into an elite high-major prospect over time.

I will look forward to continuing to watch Holmes develop as a player, and will look to follow him closely - bringing you updates regarding his play and his college recruitment in the future.

Arizona Hoop Review Scouting Report: Holmes is a big-time young talent with a very bright future ahead of him.  While he is still very young and growing a great deal, Holmes is not afraid to mix it up with older prospects regionally or even nationally.  Holmes is a very long and rangy prospect that runs the floor like a guard, and enjoys getting out into the open floor where he is a good finisher.  He is an athletic post performer with a variety of offensive skillsets, that allow him to score inside and out, while being able to handle the basketball in the half-court set and in the open floor, where he is able to make plays for himself and others. He has excellent potential and upside for the future, combined with a very good overall skill level.  A good shooter with some range on his shot, that will develop over time. A good post player with good low-post footwork and very good versatility.  He has excellent feet and hands.  An active rebounder and shotblocker that rebounds outside of his area, and contests and changes shots, while keeping balls in play to set up fast-breaks for his team.  Will grow much more over the next couple years physically, and should blossom into an elite high-major prospect over time.