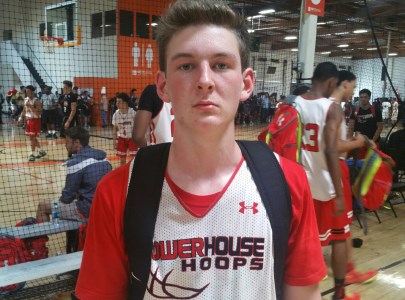 Chaparral High School's gifted guard prospect, 6-foot-2 senior point guard Colton Kresl is among the most talented performers in the state - regardless of class, and is now one of the top unsigned prospects in the 2017 class.  A big-time scorer of the basketball, Kresl is coming off a strong showing this spring and summer.  Kresl has seen his college recruitment pick up as of late, and, as a result, he will look to wait to make his college decision.

Already possessing a division-I scholarship offer from Northern Arizona University head coach Jack Murphy and his staff, recently Kresl has began to hear from numerous division-I programs, as schools begin to position themselves for the top available prospects for the spring signing period.  Recently, Kresl has heard from such schools as New Mexico State, San Diego, Albany, Boston University and Sacramento State, with many more schools looking to get involved.

Kresl will be one of the better available guards in the West for the spring, as he is a very skilled guard prospect that loves to score the basketball at a high rate, and also makes players around him better.  He plays with a high level of confidence is proven - getting it done consistently against some of the best guards in the West.

Kresl is coming off a strong spring and summer performance, while leading his Arizona Powerhouse Black team to several strong finishes and a tournament championship runner-up performance in the spring in Vegas.  Kresl teamed up in the spring with Corona's Saben Lee (Vanderbilt commit) and Desert Vista's Noah Baumann (San Jose State commit) to give Powerhouse Hoops a formidable trio.

Kresl will lead a very talented Chaparral High School team this high school season, that will compete for a state title.  Look for Kresl to have a big senior season, and become one of the better sleeper guard prospects in the West for the spring.