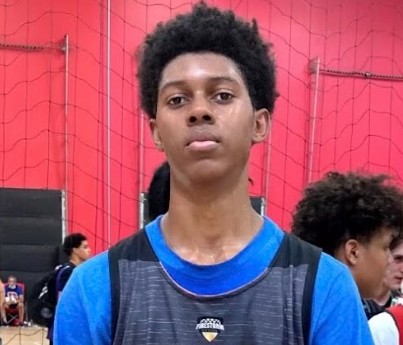 We have been wondering when Division-I college programs would begin their recruitment of Perry High School's promising young prospect, 6-foot-6 sophomore wing Cody Williams. Williams is among the state's elite overall young prospects with loads of upside and potential for the future, and is off to a strong start to his sophomore season. This week, Williams' recruitment took off, as he received two different Division-I offers for himself.

While it is still very early in the recruiting process for Williams, as he has just began his sophomore season, it is well known that this high level prospect would soon see his share of college recruitment. This week, Williams would receive Division-I offers from Murray State and UC-Santa Barbara, as both programs would look to get a jump on their recruitment of Williams.

After a good freshman season, the young Williams has returned new and improved as a sophomore, and helped lead his Perry program to an undefeated 5-0 record on the season thus far. Williams has been a consistent top performer this season for Head Coach Sam Duane Jr., and has Perry eyeing a run for a 6A State Championship.

The younger brother of Santa Clara University rising star guard Jalen Williams, this younger version of the Williams' brothers is a big-time talent himself, and is one young prospect definitely on the rise. Williams is a rare find for his young age, as h e is a very crafty and smooth offensive threat that has a skill level rarely found among prospects his age. He has tremendous upside as a result of his extreme length and range of body, and seems to be a high-major prospect over time.

I will continue to follow his recruitment and development as a player closely, and bring you any updates as they continue to develop. Arizona Preps would also like to thank Padraig O'brien of Give n Go Hoops for keeping us informed about Williams' college recruitment this week. O'brien has trained Williams for some time. Williams also personally trains with Arizona Preps' Middle School Director, Paul Suber.