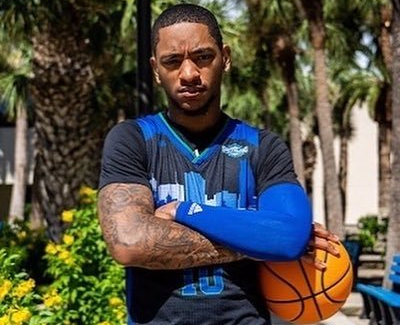 Cochise Junior College will be loaded again this junior college season, as the program is very talented and will compete hard to win another ACCAC Conference title once again. Cochise will rely heavily again this season the strong play of 6-foot-8 sophomore forward Stephen Byard. Byard is a dominant force in the ACCAC, and will be entering his sophomore season for Head Coach Jerry Carrillo, although he is a veteran in the ACCAC, and due to COVID, he will be playing in his third year for the Cochise program this season. Byard is one of the top juco prospects in the West, and has now made his college decision as well - giving a verbal commitment to a program in the Southland Conference.

After speaking with the Texas A&M Corpus Christi men's basketball staff, they advised me that they have received a commitment from Byard, which is a very nice landing for Head Coach Steve Lutz and their staff. Lutz has a very experienced and hard-working staff, and they were able to reel in a commitment from one of the top juco prospects in the West.

Byard is a lesser known prospect nationally, but is a nice juco prospect that will be able to help a Division-I program immediately. He is a very tough young man from Atlantic City, New Jersey, and is a no-nonsense performer that gets a lot done in the paint, and can step outside on the perimeter and shoot it as well. He is a "stat-sheet stuffer," as he has excellent versatility as a player and is a winner, willing to do the intangibles to help his ball club be successful. Byard will be a force all season, again, for the Cochise program this season, and will again rank among the top overall performers in the ACCAC.

Arizona Hoop Review Scouting Report: Stephen "Tank" Byard is coming back for a third season, after he received another year due to COVID. He will be big all season in Cochise's chances of repeating as League Champs. Byard has had two very strong seasons already for Cochise, so this year is expected to be no different. Byard is a strong and versatile stretch 4-man that can handle the ball and create scoring opportunities for himself off the dribble, or while turning and facing and shooting the basketball. He is an excellent defender that can guard post or wing players, and is a strong rebounder and finisher around the basket. An excellent prospect with toughness. An excellent sleeper prospect that will have another very productive season. One of the top juco producers in the West, with excellent versatility.