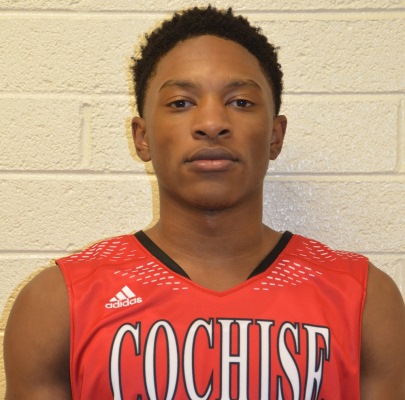 Cochise College's superb 5-foot-9 sophomore point guard Arell Hennings had a terrific season for himself, in leading his Cochise College program to their second-consecutive Region Championship.  After a strong sophomore season, Hennings will be playing at a division-I program this fall.

Recently, Hennings gave a verbal commitment to UC-Davis and head coach Jim Les and his staff.  Hennings will sign a national letter of intent with the school this month.

Hennings was also chosen as an Honerable Mention among the NJCAA 2015-16 Division-I Men’s Basketball All-America Team.

He averaged 16.3 points and 6.5 assists per game this season.