Cochise, Eastern & Scottsdale JC In The Hunt In The ACCAC Standings 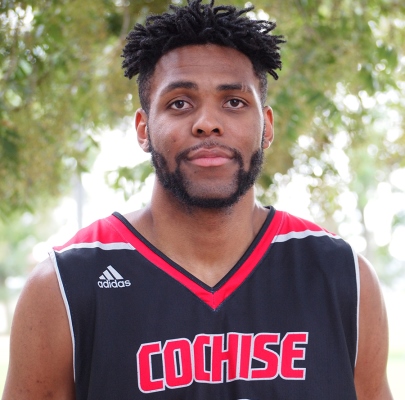 Cochise (19-6) moved into the tie with Eastern Arizona JC after a 71-65 win EAC last week. In the win, 6-foot-8 sophomore forward Naje Smith (pictured) finished with a game-high 20 points and 15 rebounds win the win, while Jalen Brown had 15 points for EAC in the loss. Cochise also defeated a tough Mesa team last week, 83-75, as 6-foot-2 freshman guard Arion Lewis poured in a game-high 24 points, and Naje Smith had another strong outing with 21 points and 14 rebounds, while sophomore guard Dane Maggi scored 24 points off the bench for Mesa JC.

After falling to Cochise last week, Eastern Arizona came back to defeat Glendale JC on the road, 95-75, and saw all (5) of their starters score in double-figures in the win. Jalen Brown led the way again for Eastern with 20 points, while 6-foot-1 freshman guard Ty Rankin finished with 18 points and 13 rebounds, and 6-foot-6 sophomore forward Nathaniel Pollard finished with another strong effort, 15 points and 10 rebounds.

Among Division-II schools, Scottsdale (20-5, 12-5) holds the top spot - leading Glendale JC by two games. After losing to Pima 87-84, behind a game-high 24 points and 10 rebounds by 6-foot-4 sophomore Boogie Anderson, Scottsdale then defeated Phoenix College 81-56, in a blowout win where 6-foot-5 sophomore Xavier Fuller poured in a double-double with 26 points and 13 rebounds.

Glendale (15-9, 10-7) has been tough all season and currently is in second place among division-II schools. After an 81-77 win over South Mountain last week, Glendale fell to Eastern Arizona.