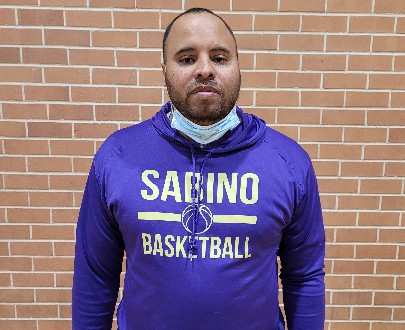 One of the top athletic programs in Tucson can be considered Sabino High School. Under previous Coach Marty Roth, they made a deep run in the playoffs - eventually falling to the American Leadership Patriots, led by Coach Ryan McCurdy in the 3A State Championship game. The Sabercats are under new leadership with Chicago-native Obie Tann. Here is our Q&A:

Q: How long  have you been coaching?

A: I’ve been coaching since 2011, after a fairly successful amateur and pro career. I became a club promoter in Chicago, using my popularity as a hooper to bring out hundreds, if not thousands, of people. After awhile, I got burnt out, and was looking for my next chapter in life.

One day, I went to see one of my best friends who coached at our alma mater Lane Tech High School. After the game, he invited me to come help him coach the team. It only took one practice and I was hooked. I knew I was born to coach and this was my calling.

Q: Which schools or programs?

A: I coached at Lane Tech High School in Chicago. I was the first Varsity Head Coach at Disney II Magnet School. I then relocated to Arizona and was selected to be the girls coach at Rincon High School in Tucson.

I ended up moving to Phoenix to coach with PowerHouse Hoops for like (5) months. Then my wife and I decided to move to Jonesboro, Arkansas. Upon arriving in Arkansas, I planned to open a prep school. The plan changed, so I started training players. (18) months went by, and we opened the largest private training facility in Northeast Arkansas, which is called Elite Arkansas Training. Training athletes was fun, but I had the coaching itch. I ended up moving back to Tucson, where I landed at Sabino High School as Varsity Boys Head Coach.

A: I was born to coach. I’ve been blessed with some gifts to not only play the game, but to understand it. Growing up the way I did, basketball gave me a purpose. It provided me with opportunities, with relationships and bonds. Basketball opened doors for me. It allowed people to invest in me as a person. The work I’m doing now is what I owe the game. It’s also a return on that investment to the people who paved the way for me. It allows me to share my gifts with those that I’ve helped paved the way for.

Q: What are your expectations for this season?

A: I am trying to map it out - still I got a later start than most coaches seeing. I took the job in late October. I expect to teach my team how to compete, and fight for what we want. Hopefully, if we all buy in, by March we will be there to have a chance at a state title.

Q: Who are your key players to watch this season?

Q: What are your plans for building your program at Sabino?

A: To Develop players and get them ready to perform and contribute on the next level. Even with all the success Sabino has had, there are not a lot of guys playing at the next level. While I want to maintain the success they have had in the past, I want to provide our players with the proper preparation for what’s coming - whether it’s basketball or life.

Q: What challenges did you face leading into this season due to the pandemic?

A: Lack of time with the guys, between shutdowns, season cancellation and (4) games a week. We haven’t had a lot of practice, so we are teaching on the go. My team is young with varsity experience, so my job is to prepare them to compete and possibly make a state-title run.

Coach Tann’s group looked competitive in the first half against Salpointe Catholic (#1 team in 4A). I feel Sabino will make a lot of noise in 3A, as they have some nice size and talent to compete at a high level in 3A. I look forward to following this team, as they make a run at the 3A State Title.