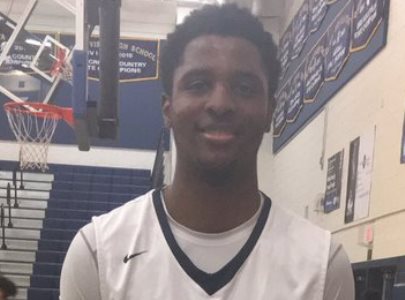 New head coach John Prioleau and his staff will sign Anigwe.  Anigwe will make up Prioleau's first recruiting class - a good prospect for the program, since Anigwe has so much potential for the future, as he matures physically and gets stronger.  Anigwe was also a safe bet for the program this late in the recruiting season.

Anigwe was regarded by our staff as one of the top available prospects in Arizona's 2018 class, and is definitely regarded among the elite available post prospects in the state.  Anigwe progressed a great deal over the past year as a player - competing at a much higher level and playing much more aggressive in the paint, while also showing much more activity on the floor and becoming a much stronger finisher around the paint.

Anigwe had his best performance in last summer's exciting Southwest All-American Camp, where he was selected as a Top 20 overall performer in an event that was absolutely loaded with talent.

Congratulations to Anigwe and his family and the Desert Vista coaching staff on this amazing accomplishment.

Arizona Hoop Review Scouting Report:  Anigwe is regarded as the top post player in Arizona's 2018 class.  While he is still a sleeper prospect, he has excellent potential as a college prospect.  He has excellent length of body and is still growing into his lengthy frame.  He is an active low-post prospect with an ability to finish and has developing low-post skills.  Needs to add more physical size and strength to maximize his potential as a player/prospect, but his tremendous upside suggests that he will over time.  He has solid low-post moves and is capable of facing up and making shots from the perimeter out to 15 feet.  Possesses a good jump hook.  An active rebounder and shotblocker.  A good finisher.  Runs the floor well.  Has excellent potential over time and is a good prospect for a college program that can develop him.