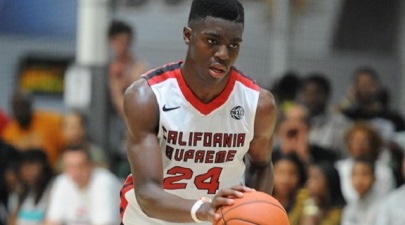 The state's top-rated 2014 prospect, Westwind Prep 6-foot-8 senior Zylan Cheatham, will represent the state of Arizona for the remainder of July. Cheatham is currently rated among the nation's Top 50 prospects in the 2014 class.
Share
Facebook Twitter LinkedIn WhatsApp Pinterest Email

Cheatham advised me that he enjoyed all three visits and that now he is ready to make his college decision.  Cheatham has elected to make his decision this Saturday evening during the 2014 Senior All-Star Game presented by Promotion Athletics.

This will not be the first time a top-rated student athlete decided to announce his college decision at the annual Arizona Preps Fall Showcase.  In 2001, Bryson Krueger announced his decision to attend the University of Vanderbilt at the event.

Cheatham’s most impressive attribute is his serious length and athleticism.  He has really improved his shooting ability, but still needs to improve the consistency on his shot from deeper range on the floor.  Cheatham handles the basketball like a guard and has shown a great deal of versatility as a player.

Cheatham is currently rated as the #46 prospect overall in America’s 2014 class by ESPN, and is the top rated prospect in the state of Arizona.