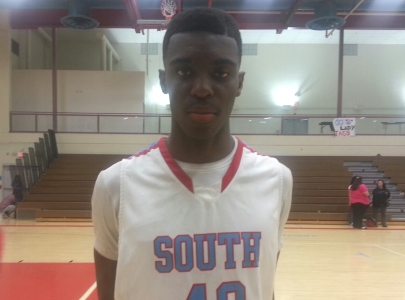 This season has already been a very interesting and unique season for South Mountain High School and ultra-talented 6-foot-7 senior forward Zylan Cheatham (San Diego State signee).  In fact, it has been an emotional season already, as South's star forward has had to deal with media scrutiny, college recruiting, the Arizona Interscholastic Association (AIA), academics, and, at the end of the day, just living and getting to school each day with limited resources.

For Zylan Cheatham, this young man has had to grow up very quickly in a short period of time.  While many other basketball prospects simply have to worry about playing well each night, Cheatham has had many other things to worry about each day before even stepping foot on a basketball court.

With most of the adversity now behind him, Cheatham is beginning to be able to just focus on basketball and his performance on the basketball court.  As a result, he is leading a senior-laden group of young men at South Mountain this season, in what will become the school's best opportunity this season to win a Division-II state championship.  South Mountain last won the 5A Division-II state title in 2006, behind the play of Thomas Watkins.  Watkins would later move on to play for Iowa State University fter becoming an all-american at Mesa Junior College.

Cheatham recently signed with San Diego State University, after a rigorous college recruitment where he earned more than 30 different division-I scholarship offers.   Before Cheatham moves on to the college ranks, he would like to lead his teammates at South to the promised land.

On Tuesday evening on the South Mountain campus and in front of numerous fans and media, Cheatham would showcase his superb athletic talents in a nice match-up with Independence High School (3-5).  Independence was be without the services of their talented 6-foot-3, 170-pound junior guard Kaveon Moore.  Moore had been suspended from school recently, but should return to the team soon.

South Mountain (7-3) would rely heavily on the play of Cheatham to overcome an early Independence lead in the contest.  After two early three-pointers from5-foot-10 senior guard Ozavier Henry, Independence would take an early 12-7 lead.

The play of Cheatham and 5-foot-9 senior guard Dee Newsome would help South Mountain blow the game wide open in the second period.  South would take a 28 to 21 lead into the half.

In the third and fourth periods, Cheatham would take over the game on both ends of the floor.  With 1:26 left to play in the third period, Newsome would connect on back-to-back three-pointers to blow the game wide open, 47-30.  South Mountain would then cruise to a 57-44 home win.

"It feels good to be here," said Cheatham after the game.