Chaparral Puts Together A Big Win Over Desert Mountain 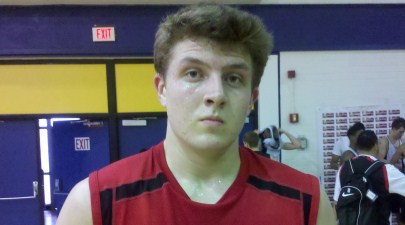 A college-like environment was the scene on November 30, 2012 as the Desert Mountain Wolves hosted the Chaparral Firebirds in the Wolf Den. This exciting rivalry was set to be a clash of a couple of regional powerhouses.  With student sections completely full on both sides, we were ready for an exciting matchup.

From the opening tip, the game was fast-paced and fun to watch.  Chaparral jumped out to the early lead - taking a page out of Desert Mountain’s playbook and hitting a few threes quickly.  A mix of defense and shooting had the Firebirds up ten in no time.

Chaparral had an obvious size advantage, as Desert Mountain 6-foot-4 senior SG Will Goff came out guarding 6-foot-8 senior post Joe Boyd (Drake University signee) for Chaparral.  Goff is known for his defense; however the size disparity could have been the key.

The second quarter came along with Desert Mountain showing some fight.  Diego Magana was 0-for-4, until the 4-minute mark of the second quarter, where he hit his first shot and the Wolves cut the lead to seven.  However, the size of Chaparral was apparent, as 6-foot-7 senior post Eric Conklin was dominant.  Conklin finished with 11 points in the first half - with a mix of post moves and offensive put-backs.

Desert Mountain did a nice job staying in it, being down only ten after the first half.  This showed Desert Mountain’s depth and talent - as any other team would be lucky to be down twenty with the struggles they had.

Chaparral deserves credit for their performance.  They seemed to be excelling at Desert Mountain’s game; hitting outside shots and playing good defense.  At halftime, Chaparral had hit six threes to Desert Mountain’s three.  The Firebirds were led by Kenzo Nudo’s 8 points and 2 three-pointers.

The second half came around with a back-and-forth battle.  Desert Mountain kept the Chaparral lead around 10 points, but couldn’t get over the hump.  Possibly, this was because of Rolando Rhymes' struggles.  He had a tough time, as every time he drove to the basket, Chaparral collapsed on him - controlling the paint and enforcing their size advantage.  Rhymes checked out at the three minute mark of the third quarter, as 5-foot-9 junior guard Gino Littles took his place.

The offense for Chaparral was coming from everybody.  Shane Cooper came in off the bench with a couple of big threes to stop any Desert Mountain runs.

Regardless, Desert Mountain continued to fight, as Gino Littles provided a spark off the bench.  He controlled the game well, and played good defense.  His effort as the point guard helped Desert Mountain to cut the lead to 45-41 early in the fourth quarter.

Just as the Wolves seemed to be back in it, Chaparral's Troy Conley subbed in at the five and a half minute mark, and provided a quick three -  followed by a steal at the other end.  Desert Mountain countered by bringing Rhymes back in at the five minute mark - looking to see if he could lead them back into it.  However, the deficit was too much, and Chaparral did a great job holding Desert Mountain off and finishing strong.

The final score was 58-53 in Chaparral's favor.  Chaparral was led by Eric Conklin’s 13 points and Kenzo Nudo’s 10 points in the victory.  They shut down Desert Mountain, giving them no breathing room or a chance to make a run.

The Wolves were led by Diego Magana and Rolando Rhymes with 12 points each.  Rhymes had a rough game, as he finished with 8 turnovers.  As one of the best pure point guards in the state, he finished with only one assist.

Chaparral did a great job keeping him away from the rim and forcing him into tough positions.  A great team performance by Chaparral helped them come away with the big victory.