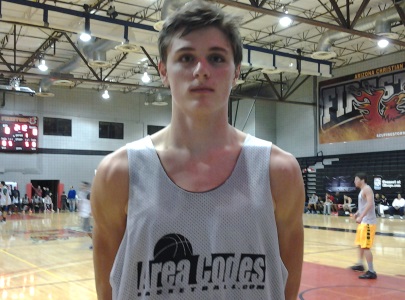 The top academically qualified high school post prospects still available in the state of Arizona were Westwind Prep’s talented twin post-grad duo of Colten and Dakota Chambers.  Both prospects are the twin sons of former NBA great Tom Chambers, formerly of the Phoenix Suns.  Both prospects flew well below the recruiting radar this season and went late into the spring still unsigned by a college program.

After neglecting to play on the spring club circuit or during the evaluation period, the Chambers twins both continued to soar below the recruiting radar this spring, even though Westwind Prep post-graduate head coach Jai Steadman worked diligently to contact college coaches on their behalf.

Recently after considering all of their options, both twin prospects decided to further their basketball playing careers at a national junior college power - the College of Southern Idaho (CSI).  CSI has been consistently known for producing some of the nation's top junior college talent.

The Chambers' twins are two gifted post prospects with very good potential, although most college coaches have not been able to see them perform in game action.  The move to the junior college ranks will allow these two young men to continue to develop, while also allowing them to play for a nationally rated junior college program, where they should garner a lot of recruiting attention over the next 1-2 years.

Both Chambers' twins are full academic qualifiers and will have the option of playing 1 or 2 years at the junior college program before moving on to a four-year college program.