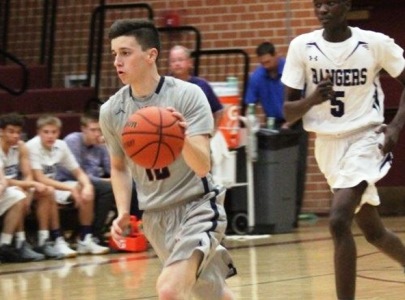 In the epic performance turned in by Leonard in his team's win, Leonard would go off - connecting on (13) three-pointers in the contest.  The scoring outburst by Leonard was a tournament record in the Fiesta Bowl event.

Leonard is currently averaging 13.2 points per/game for Central Arizona JC, while shooting 43% from three-point distance in regular season play.  His 50-point effort is not factored into those numbers, which would raise his overall scoring average considerably.  While the Central Arizona ball club has struggled to win games consistently this season, Leonard has been a consistent performer for head coach Tramaine Aaron - evidenced by his tremendous scoring outburst over the holidays.

Leonard is a left-handed shooter guard prospect with a nice shooting stroke with unlimited range on his shot and a very quick release.  While he does not possess true physical size, and is the size of a point guard prospect while being a combo-guard, Leonard may see his college recruitment limited, but anyone that can score and shoot the basketball in the manner he does and can, is worthy of any level of recruitment that he reels in.  Leonard is a very good ball handler and passer that sees the floor, and is an unselfish teammate and willing passer.  He is a solid defender and is at his best when defending the point guard position.  He may struggle guarding bigger shooting guards.

Currently, Leonard advised me that he does not have any current scholarship offers on the table for himself, but his recent scoring outburst should change that very soon.  Leonard is worthy of serious recruiting interest from some level of college program, and whichever program lands this young man will be getting a proven shooter and a fine young man.

I will continue to follow his college recruitment closely the remainder of this junior college season, and bring you any recruiting updates as they continue to develop.