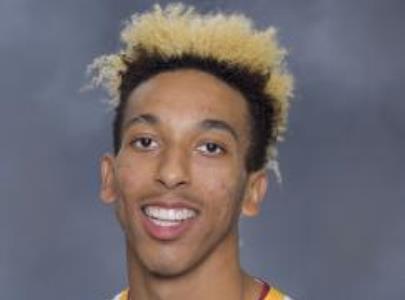 With the start to the new junior college season upon us, there will be many new faces in the conference this season to observe, as players look to lead their respective junior college programs to the top of the ACCAC this season. Arizona Western Junior College had a strong season last year, finishing with a 25-9 overall record on the season and winning the ACCAC Conference Championship. After several of the program's top prospects from last season have been lost to graduation and signed nice division-I scholarships for themselves, this year's team will now be led by the leadership of 6-foot-3 sophomore guard Cash Williams.

Last season, Plummer was the primary ball handler for the team early in the season, and, as the season progressed, he became much more of a scorer and put up some big scoring numbers throughout the season, while leading his team to a conference title. Cash Williams was relied on heavily last season though to provide leadership from the point position, and also provide more scoring for an already high-scoring backcourt, led by Plummer and Langdon.

Plummer had a very good freshman season for Head Coach Charles Harral, averaging excellent numbers as a freshman - pouring in 13.8 points and 4.8 assists per/game, while also shooting 48% from the field and 83% from the free-throw line. Plummer's numbers were very good for a freshman guard in the ACCAC, and now he will be relied on heavily this season to do much of what Plummer was able to do for last year's team - score and assist at a high level.

A native of Fresno, CA, Williams is a unique guard prospect from the point position, as he is very herky-jerky, and keeps defenders well off balance. He has a nice ability to make plays off the dribble for himself and others, and is able to get into the lane and finish over bigger defenders with a variety of floaters and runners in the lane. He has a good shooting stroke with range as well, and can create off the dribble anytime within the offense. Plummer likes to push the basketball whenever he gets an opportunity, and is very effective in the open floor where he thrives.

The success of this year's Arizona Western team will greatly impacted by the success of Cash Williams. Williams will lead a talented group of new prospects that will be without the services of talented 6-foot-9 sophomore post Abderrahmane Hailouf all season long, due to health issues. Hailouf was expected by our staff to be the top returning prospect in the ACCAC this season, but he will now miss his sophomore year.

Head Coach Charles Harral advised me that he is still happy with this year's group, minus Hailouf. Harral also was very confident in his point guard Cash Williams, and what the sophomore guard will provide his team this season.

I look forward to watching this year's version of the Arizona Western Matadors, and am excited to see what prospects the program unveils in this year's ACCAC JUCO Jamboree event in October. One thing is for sure this season, Cash Williams will be running the show.