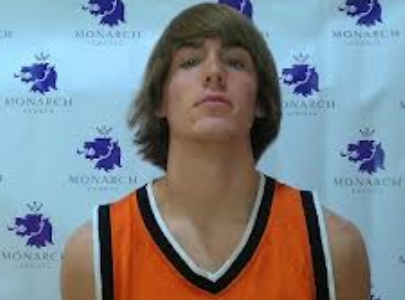 Arizona Preps has learned that Benson has made his college decision on Sunday evening and will elect to sign with the University of Oregon and head coach Dana Altman in the fall - a nice get for the Ducks program.  Oregon assistant coach Brian Fish was instrumental in the recruitment of Benson.

I caught up with Benson on Saturday afternoon at this weekend's Summer Sizzle AAU/club tournament at Corona Del Sol HS, and Benson had advised me that he was also considering Nebraska, Boston College, Creighton, Oregon State and Saint Mary's, but that he was nearing a decision.

I did not expect his decision to come so soon, but Benson did advise me that he was considering both Arizona State and the University of Colorado before they both had landed other guard prospects in the past month.  The thought of losing a scholarship to the school of his choice probably had a lot to do with Benson deciding to pull the trigger rather sooner than later.

Benson, the state’s top point guard prospect and among the elite prospects in Arizona’s loaded 2014 class, averaged 20.7 points, 3.3 assists and 1.4 steals per/game this past season.

Benson’s pure ability to run a team and make players around him better makes him the best point guard prospect in the state, regardless of class.

Congratulations to Casey and his family on his commitment and this amazing accomplishment from our staff here at Arizona Preps.