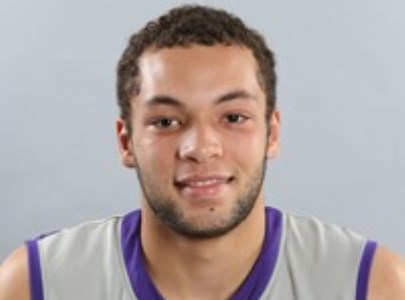 When Grand Canyon University (GCU) recently decided to hire former Phoenix Suns assistant coach and legendary player Dan Majerle, many of former GCU head coach Russ Pennell's players decided to take a look at their futures at the college program - with many deciding to leave the program.

One player that has decided to leave the program could have helped the Lopes in the future is 6-foot-6, 235-pound rising sophomore forward Camyn Boone.  Rather than return next season for Grand Canyon, Boone has decided to go the junior college route and has decided to sign with Mesa Junior College, where he will play next season.

Boone becomes an excellent junior college prospect - a very strong low post player with excellent athleticism and a good overall motor.  His physical strength, size and explosiveness around the basket should put him into a nice recruiting situation next season, as he has the raw talent to become one of the conference's elite prospects.

In limited playing time as a freshman for the Lopes, Boone averaged 1.9 points and 1.7 rebounds per/game.  He will look to pour in big numbers next season as a junior college transfer.

As a senior prospect for Mesa Mountain View High School, Boone led the Toros to a 27-3 record on the season and also the 2011 5A Division-I state championship.  Almost in surprising fashion, Mountain View cake-walked through the 5A D-I state playoffs, taking care of every opponent almost flawlessly - including two big blowout performances over Buena HS and Brophy Prep in this year's 5A D-I state semi-finals and championship game.

Look for Boone to become one of the elite overall prospects in the ACCAC next season.

Arizona Hoop Review Scouting Report: Boone is a wide-body with very broad shoulders and good physical toughness. He has an excellent, college-ready body and possesses very good athleticism. Make no mistake about it, Boone is and will be a power forward regardless of the growth and development process, but he should continue to progress nicely as a player. Boone's physical strength and toughness are his best assets as a player - allowing him to overpower opposing defenders on the low block for inside baskets and offensive put-backs. Boone has very good low-post footwork already, and has a nice variety of low post moves and jump hooks around the basket area - making him tough to defend for smaller low post defenders. He needs work on his perimeter skills and touch from the perimeter out to 15-18 feet, but is capable of putting the basketball on the floor from the wing and getting to the basket, where he is a strong finisher. Boone is at his best when rebounding the basketball, especially since he takes up so much space on the floor and utilizes his body very well to gain very good inside position. He is also a very good offensive rebounder.  Boone runs the floor well for his size and has very good explosiveness.  Just how good he becomes will be up to him, as his overall work ethic, on and off the floor, will contribute to his development as player.