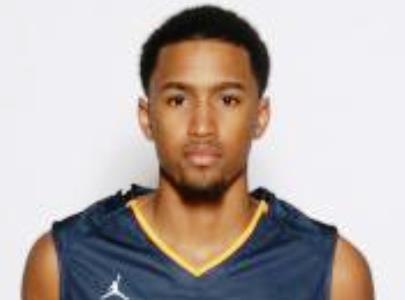 Phoenix College (8-3) is always a team to be reckoned with in the Arizona Community College Athletic Conference (ACCAC).  Led by hard-working head coach Matt Gordon and his experienced basketball staff, the Bears are always in the hunt annually for the conference title.  This year should be no different, as Phoenix College flexed their muscles in a nice 90-78 win over visiting Scottsdale Junior College on Wednesday evening.

Wednesday night saw the emergence of Phoenix College 6-foot-4, 180-pound sophomore guard Cameron Israel.  Israel, who had missed 9 of the team's first 11 games with a collapsed lung, would compete in only his second game of the season on Wednesday evening - according to Phoenix College assistant coach Ryan Mason.  Israel would finish with a team-high 21 points in the win - igniting a big second half run against the visiting Artichokes.

In the first half, would take an early 27-22 lead after a 5-0 run against Scottsdale.  Phoenix College head coach Matt Gordon would then insert 6-foot, 185-pound sophomore guard Bryce Gosar into the lineup.  Gosar would provide immediate energy and a defensive spark that would get Phoenix College going late in the first half.  After several baskets from Gosar, a nice transition dunk by 6-foot-10 sophomore post Joel Feigler and a three-pointer from 6-foot sophomore guard Jake Cipolletti, Phoenix College would jump out to a 33-24 lead with 8:25 left to play in the half.

Phoenix College would take a 47-41 lead into halftime.

Scottsdale's 6-foot-2 sharp-shooting sophomore guard Kevin Bowman would light up the Phoenix College defense all night, and, in the second half, Bowman would keep his team in the ball game with terrific shooting from all over the floor.  Bowman would also get two big blocks in transition on Phoenix College drivers to the basket.  Bowman's play, alongside the play of 6-foot-3 ultra-athletic freshman guard Desmond Medder, would keep Scottsdale respectable in the second half.

But then Cameron Israel would blow the game wide open with several three-point bombs.  After another three-pointer from Israel with 10:25 left to play, Phoenix College would jump out to a 71-57 lead.

After another assist from Gosar in transition to Joel Feigler, who would finish with another nice two-handed dunk, Phoenix College would take a big 78-60 lead with 8:52 left to play in the game - their biggest lead of the game.

Phoenix College would then cruise to a nice 90-78 win behind 21 points from Cameron Israel and 13 points and 6 assists from Bryce Gosar.

Phoenix College will have the remainder of this week off, until next Thursday (12/12) when they host top-ranked Arizona Western JC at home.