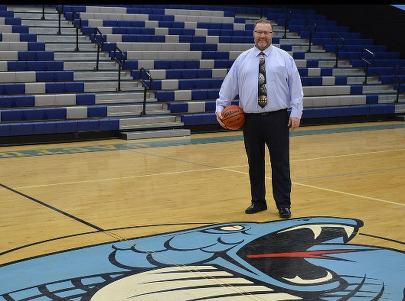 In the 2021-2022 season the Cactus Lady Cobras had a combined 1-20 record. The good thing is there is a big core of returning players for next season, and they will be under new leadership, as great basketball mind Greg Peters now takes over the program. Coach Peters comes over after spending two seasons as an assistant on the boy's staff.

As an assistant with the Cactus boy's program, the Cobras were very impressive this past season - earning an overall ranking of 8 in the state's 4A Division. They had a stellar season, led by senior guard Rob Jenkins and sophomore post Bradey Henige.

Prior to Coach Peters' stint with the Cactus Boys program, Coach Peters built a powerhouse in the Canyon Athletic Association - leading the boys basketball and football programs at Southwest Leadership Academy.

I can attest that Peters will turn the Lady Cobras around, as his teams are well coached. His coaching resume is impressive, as he was able to lead his teams to winning a District Championship, and amassing nearly 100 wins, while becoming a perennial playoff contender every season. I coached against him years ago, when he would bring his teams to support my summer events, while I was an assistant at Florence and Santa Cruz Valley Union High Schools. His teams defended all 94 feet well, and played a very uptempo style of offense. Besides the X’s and O’s, Coach Peters really cares about his players. He puts in endless hours in advocating and supporting his student-athletes in the classroom and in life.

Cactus has made a smart hire and I anticipate the Lady Cobras to be a contender in the season to come.