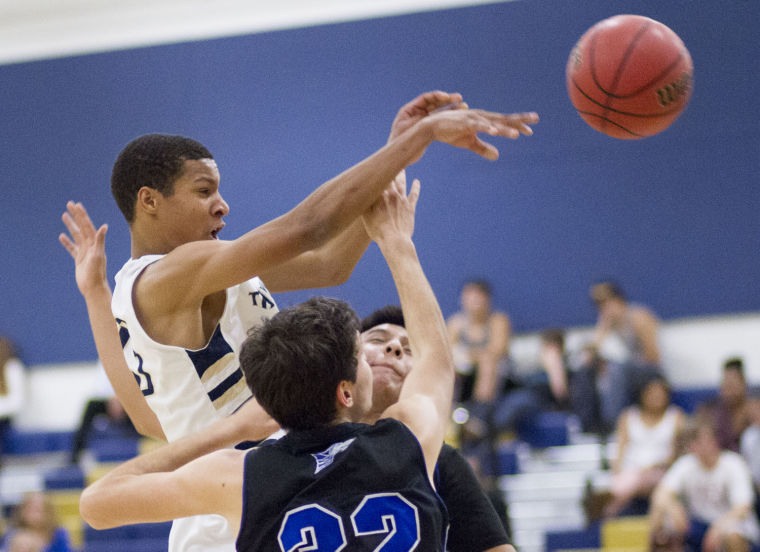 One of the top emerging sleeper prospects in the state of Arizona recently also became one of the hotter prospects in the West, after a strong showing on the spring and summer club circuit this year.  Desert Vista High School's talented and skilled 6-foot-6, 175-pound rising seniorforward Brandon Clarke raised many eyebrows of college coaches this club season.  So much that he would garner numerous scholarship offers for himself - resulting in a nice offer and verbal commitment to a college program in the Mountain West Conference.

While many prospects in the 2015 class saw their individual college recruitment remain stagnant or not develop at the rate they were hoping for this club season, Clarke is one prospect that hit the jackpot for himself.

This week, Clarke would receive a nice scholarship offer from San Jose State University - an offer that he gladly accepted.  This was a big offer for Clarke and he could not pass up the opportunity to get it done.

Clarke becomes the fourth member of Arizona's 2015 class to commit to a school.  It is a very impressive fact that Clarke was an almost unknown prospect not too long ago, but burst onto the basketball scene this high school season on a talented Desert Vista ball club.

Clarke then gained considerable attention this spring and summer while competing on the club circuit with his club program - the Arizona Warriors coached by legendary girls basketball coach Curtis Ekmark.  Ekmark's talented team of primarily 2015 prospects traveled all over the country this club season - a fact that benefited Clarke a great deal.

I have not been able to see Clarke perform as a player as of yet, but am looking forward to seeing this talented prospect very soon.  The San Jose State coaching staff has been very complimentary of Clarke as a college prospect.

Clarke averaged 9.5 points, 5.3 rebounds, 2 steals and 2 blocks per/game this season, for a team that finished with a 16-12 overall record this season.

Congratulations to Clarke and his family, and also Curtis Ekmark and his Warriors staff on their first college commitment for their boys program - a program that produced loads of division-I girls prospects.