Both Gach Receives Has Big Decision To Make 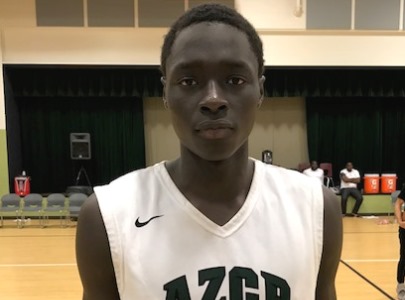 The spring has been a very busy one for AZ Compass Prep 6-foot-6 unsigned senior wing Both Gach, as the talented prospect has reeled in numerous offers for himself, and become one of the hottest prospects in the West.  Now with the late signing period upon us, Gach will have a very important decision to make for himself.

Gach has seen his recruitment begin to soar as of late, and recently he received offers from San Diego State, Texas Tech, Utah and Ole Miss.  He also has offers currently from Loyola Marymount, Portland State, Southern Utah and North Dakota.

While Both has already visited Loyola Marymount, Utah and San Diego State, he will visit Texas Tech this week, in what should be his final visit.

A native of Minnesota, Gach is as skilled a player as there is in the state of Arizona.  Gach's true value on the basketball court cannot be determined, until you see him play in a true game, as he has a high skill level and plays with excellent poise on the court.  He allows the game to come to him and plays with an unselfish spirit on the floor.  He is a natural floor general on the court, and plays the point guard position at 6-6.