Both Gach Chooses University of Utah 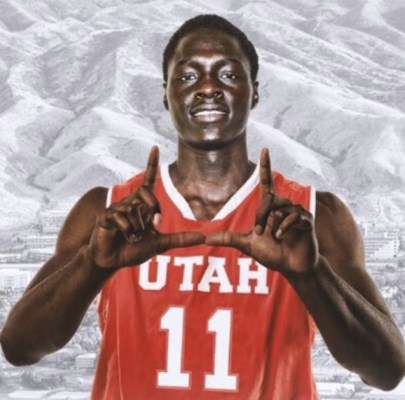 The wait is finally over for AZ Compass Prep 6-foot-6 senior guard Both Gach, as he has made his college decision.  While taking his time in his college recruitment, Gach finally has made his choice and will be playing in the PAC-12 Conference next season.

After mulling over numerous options this spring and also after playing through the spring on the club circuit, Gach finally decided to give a verbal commitment to the University of Utah and head coach Larry Krystkowiak and his basketball staff.  Utah discovered the ability of Gach very early in the recruiting process, and began to recruit him hard soon after he moved to Arizona this fall.  Utah would win out in the recruiting process as a result.

Gach received loads of college recruitment this spring, as offers began to pour in for him as more college programs began to hear of his exploits and promise as a college prospect.  Gach traveled this spring with the rising Arizona Firestorm club program and led the program to numerous strong finishes.

Gach received double-digit scholarship offers for himself, but narrowed down his list of schools to San Diego State, Texas Tech and Utah, and in the end Utah would prevail - getting their man for the second time this recruiting season from the state of Arizona.

At Utah next fall, Gach will join Red Mountain HS 2018 graduate Timmy Allen on the Utah roster.  While Allen was a heralded recruit by the Utes, Gach did not garner serious PAC-12 level recruiting interest until February, but he would pick up recruiting steam very fast.  He now enters Utah's basketball program next fall as a prospect that could have an immediate impact.

A native of Minnesota, Gach returned home to before making his college decision this week.  He now will look to clear the NCAA Clearinghouse and prepare for summer school with the Utes.

Gach is as skilled a player as there was in the state of Arizona this high school season.  Gach's true value on the basketball court cannot be determined, until you see him play in a true game, as he has a high skill level and plays with excellent poise on the court.  He allows the game to come to him and plays with an unselfish spirit on the floor.  He is a natural floor general on the court, and plays the point guard position at 6-6.  A very unselfish prospect that makes players around him better.

Congratulations to Both and the AZ Compass basketball program and their coaching staff, led by Ray and Angela Weathers, on this amazing accomplishment.  Gach becomes the program's first prospect ever to sign a basketball scholarship at the school.