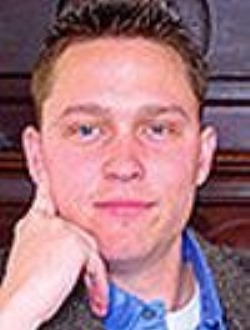 Arizona Preps is extremely proud to announce that former top-rated Arizona basketball scout Ben Hansen, who did a lot of amazing work with GOAZCATS.com in the past, and built the website to become one of the most respected sources in the country for high school basketball recruiting. After a layoff from writing for many years, Hansen has joined the Arizona Preps' staff to cover basketball in Southern Arizona.

Hansen has been covering college basketball and recruiting since 1991, when his first assignment was to interview and follow the nation’s No. 1-ranked high school junior, Jason Kidd (LA Lakers-NBA Assistant Coach). Kidd remains the best high school player Hansen has ever seen, with Kobe Bryant (1996), Marvin Bagley III (2017), Derrick Rose (2007) and LeBron James (2003) rounding out his Top 5.

Hansen met Anthony Ray of Arizona Preps at the ARC May Madness event in Mesa, Arizona in May 2003. To this day, Hansen considers Anthony’s Arizona Magic AAU/club teams to be among his favorite ever in his sports life, especially the Magic squad of 2004, coached by the incomparable David Grace (Vanderbilt Associate Head Coach).

Hansen lives and works in Tucson and maintains good professional relationships with coaches, players and scouts on every level of basketball, both in America as well as internationally.