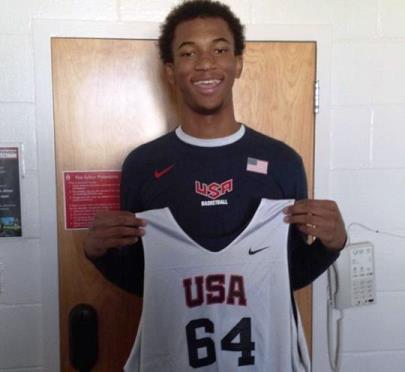 This weekend, both prospects traveled to Colorado Springs, Colorado, to take part in the USA Basketball Junior National Team mini-camp.  The camp included each of the top overall prospects in America, and Howard and Bagley did not disappoint as they both held their own against older and similar-aged competition.

I received reports from this year's camp that both Howard and Bagley were not just good at this weekend's invite-only opportunity, but that both prospects will be counted on to help lead their respective teams at their age groups in the future - a tremendous honor for two Arizona prospects.

Never before has the state had as many nationally acclaimed young prospects at the same time as we do now.  While Arizona's 2014 class may have been the best class ever in the state, none of those prospects had received as much attention this early as Bagley and Howard have.  Howard is currently rated among the best guards in the country in the 2017 class, while Bagley is regarded as the #1 overall prospect in America's 2018 class.

They will both be very fun to watch this high school season, as Arizona's top teams look to try to slow either of them down.  It will just be interesting to see whether these two prospects remain in Arizona over the next 3 or 4 years.