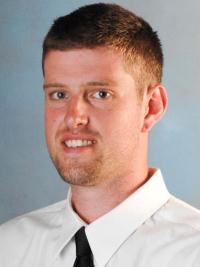 Arizona Western 6-foot-9 sophomore post Renan Lenz has made his decision.  After receiving very heavy recruiting interest over the past two seasons under head coach Charles Harell, Lenz has made his final decision after narrowing his long list of schools down to four.

With four official recruiting visits lined up for himself, Renz would take trips to Virginia Tech, Auburn, USC and Utah before making his decision on a future program for himself.

After careful consideration by the talented native of Porto De Algre, Brazil, Lenz has made his decision and signed a national letter of intent with the University of Utah and head coach Larry Krystkowiak and his staff.

"We have been recruiting him for quite a while," said Krystkowiak.  "Renan will bring a high skill level as a big man with great versatility.  With his international experience and two solid years at the JUCO level, he will be a nice addition to the bigs we have already.  I think he has bright future ahead of him at Utah."

Last season he led the Matadors to a 26-7 record while averaging 13.2 points, second on the team, and leading the squad with 9.4 rebounds and 2.5 blocks per contest.  A First-Team All-Conference choice this year as well as a Division 1 All-Region selection, Lenz was also a Third-Team All-Conference pick as a freshman.  Lenz also helped lead his Arizona Western program to this year's 2012 ACCAC Conference Title.

Arizona Hoop Review Scouting Report:  Lenz is a talented post prospect with good size and a nice skillset.    He has a good ability to play inside where he is able to utilize a series of jump hooks to be effective or attack the rim strong and finish.  His best asset is his ability to step outside to 15-18 feet and knock down perimeter shots, which sets up his ability to put the basketball on the floor and get to the basket.  Lenz has a good wingspan and is a capable shotblocker with good timing.  He is a good rebounder that gets good inside position, and has the potential to become much better in this area.  A good athlete, Lenz runs the floor very well for his size.  He is a solid low post defender, but does get in foul trouble at times.  Needs to continue to focus on his ability to defend the low post to reach his full potential.  Overall a very nice looking prospect.