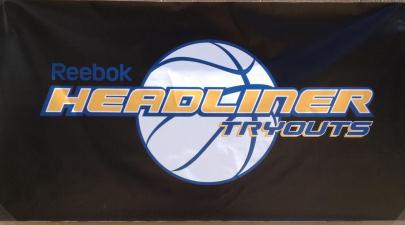 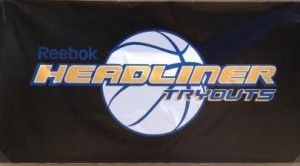 This year’s 2012 Arizona Reebok Headliner Tryout Camp, held at Chaparral High School on Sunday, May 6th was one of 13 camps of it’s kind across the country.

This year’s field of participants was filled with talented prospects from across the state of Arizona, and also across the country.  With many prospects in attendance from the state of California, Louisiana, New York, Vegas, Florida and New Mexico, this year’s group of participants were fired up to compete for an invitation to this year prestigious Reebok Breakout Camp – sponsored by Reebok and NBA player John Wall (Washington Wizards).

In front of more than 30 members of the camp staff, this year’s participants competed throughout the day for an opportunity to earn an invite to this year’s camp, which will be held in Philadelphia, PA on July 10-13th.

Prospective campers can still play their way into the camp this spring with big performances in the remainder of AAU/club events held this month.  While this year's Reebok Breakout Camp in Philadelphia, PA will be loaded with high-major talent, a strong performance this spring can do much for a prospective campers chances of getting into the camp.

Omission from this year's 5 camp invites is in no way a reflection of a camper's performance from this past weekend, as it was very difficult for the camp staff to narrow to 5 campers.  While it was our hope that each of these 16 total campers would receive an invite, camp space in this year's Reebok Breakout Camp is very limited.  Our staff will continue to work very hard with the staff at Reebok to get any deserving players into this year's camp in July, and do appreciate everyone's hard work and participation in this year's Arizona Reebok Headliner Tryout Camp.