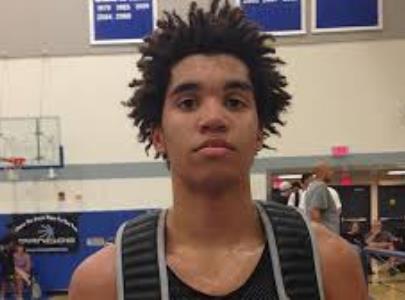 As we embark on another exciting aau/club basketball season in the state, it will be another season where we see many of the state's best basketball talent leave the state to play on club teams abroad - outside of the state of Arizona.  With no true shoe-sponsored club program in  the state still, many of the state's top performers and most talented prospects will not be playing for Arizona club teams, again.  But this time, it is in much larger numbers than before.

There really is no reason for it anymore either, as the two top-rated club programs in the state will have shoe affiliations.  Powerhouse Hoops and the Arizona Power, once a part of the same organization, are the top two club programs currently in the state.  Both programs are large with more than 30 different teams at different age groups, and both have been very successful on the club circuit.

Powerhouse Hoops has a strong shoe affiliation with Under Armour, through their strong relationship with West Coast scout and tournament organizer Ryan Silver and his program.  The Arizona Power claims to have an affiliation this season with Adidas, and will also include players this season from the Aspire Prep program.  While these two programs look to be very loaded this season with players, both programs will be absent of some of the state's elite prospects.

Also joining Allen with the Compton Magic (CA) will be Desert Vista's athletic 6-foot-5 junior forward Wesley Harris.  Harris will join Allen on their 17U squad this season, after playing for the Compton Magic 16U team last spring and summer.  Allen played for the program's 17U team last club season.

Chandler High School's talented 6-foot-6 junior wing Tevian Jones will again play with the Nike-sponsored California Supreme (CA), after also playing for the program last spring and summer.  Jones is among the state's top overall prospects and saw his stock soar last club season.  He flourishes in the up-tempo style of play of aau basketball, so this should be a very good showing for Jones thsi club season on the EYBL circuit.

St. Mary's High School's talented 6-foot-10 junior post KJ Hymes will again play for the Nike-sponsored Las Vegas Prospects (NV).  Hymes has more than 15 different division-I offers already for himself, and much of his recruitment from high-major division-I programs came from his play on the EYBL club circuit with the Prospects 16U team last season.  He will need to realize his potential this club season with the Prospects.

Green will be joined by Pinnacle High School's gifted 6-foot-2 freshman prospect Nico Mannion on Earl Watson Elite (CA).  Mannion has played for Ryan Silver's program the past several years, so this is nothing new, but still a big get for an out-of-state club program, and a major loss to Arizona's top club programs.

Two more gifted young prospects from the state will also play for top-rated out-of-state club programs, as Tri-City Christian HS 6-foot-7 sophomore guard/forward Walter Talley will play for Belmont Shore (CA).  Talley has competed with the program this month already in several spring league games, and has played very well - already receiving strong attention from numerous scouts/media. Hillcrest Prep Academy 6-foot-8 sophomore forward Dischon Thomas has also decided to play for an out-of-state program, as he will play for the Las Vegas Prospects (NV) - joining KJ Hymes (17U) and Jaelen House (16U) with the program.

While Arizona's top club programs will be loaded with top-rated Arizona talent, and will compete with anyone again this club season, look for many of Arizona's top-rated prospects to play for out-of-state competition.  It will be another fun-filled club season, where anything can happen from one tournament to the next.