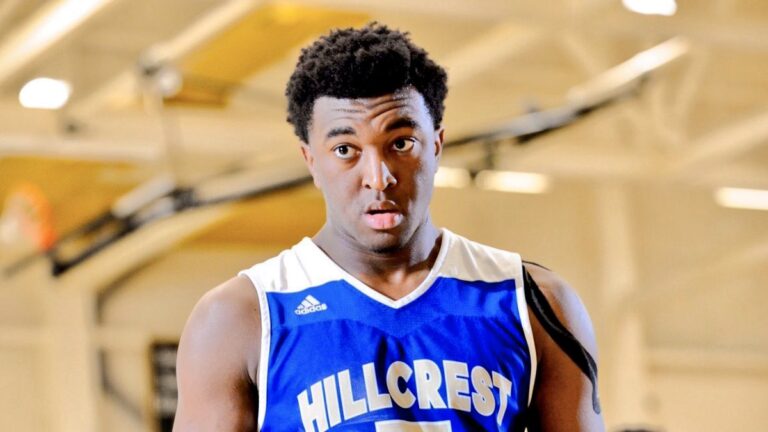 The game of basketball is consistently changing at all levels, as players are training more and harder than ever before, and looking for ways to gain an advantage on the competition. For the elite prospects across the country, the margins are very small, but the desire to play in the NBA continues to grow and the elite prospects are looking to get there sooner and stay there. As a result, options are developing quickly around the world to give the best basketball talent more options for their futures.

If you had not heard of the name Chameleon BX, you may have heard of it now, as (2) different Arizona prospects have decided to skip college and join the elite training program that Chameleon BX offers in Northern California. Owned and organized by Frank Matrisciano for many years, Matrisciano's Chameleon BX training program is a personalized 12-month program designed to provide elite-level training for the best athletes in the world. The training is designed for the very best athletes, and not just in basketball, as Matrisciano trains professional athletes in many different sports. Many professional athletes train with Matrisciano annually, as he is known as "Life Changer," by those that know him and train with him. Many NBA athletes have trained consistently with Frank, while many NBA coaches and executives marvel about his program.

The first Arizona prospect to elect for Chameleon BX, and skip the opportunity to go to college, was Dream City Christian Prep's gifted senior wing Marjon Beauchamp. While currently rated among the nation's top 50 prospects and being recruited by just about every college program in the country, Beauchamp decided to skip going to college - choosing to be a pioneer and join the Chameleon BX family for a year, in an attempt to prepare for the 2021 NBA Draft. Beauchamp was the first Arizona prospect to blaze a trail to the Northern California-based program.

Last weekend, former Hillcrest Prep star guard Kyree Walker, who sat out his senior season, announced that he would be joining Beauchamp at Chameleon BX, also skipping the lure to college basketball. g Walker had mulled over his options for the future for some time, and even had been offered a pro contract internationally before making his decision. Walker decided that it would be best for his future to train for a year with "Hell's Trainer," as he is known by many, in an attempt to build his mind and body for the 2022 NBA Draft.

I caught up with Matrisciano on Friday, and he advised me that his training program, while not for everybody, is the best option for those elite-level prospects that want the challenge.

"I've been doing this and saying this for (12) years," said Matrisciano. "People think I'm crazy, but it's taking off. This is not a cattle call for everyone - this is only for the best."

Matrisciano believes that the program will grow a great deal over time, as more elite prospects develop an understanding of what is being offered to them, and how it can change their lives. Matrisciano has loads of respect from NBA coaches and executives and provides marketing to his athletes as a result of his training program.

"I am not an agent or a runner," said Matrisciano, who wears a mask to hide his face, in an attempt to remain anonymous to those looking to build a relationship with him, simply for an opportunity to get closer to those that train with him. He has a big heart for those involved with him and is merely looking to develop players, not benefit from their careers.

Currently, Matrisciano has (3) different players scheduled to join his 12-month training program, as Beauchamp and Walker will join JD Tsasa in this year's program. Tsasa is a 6-foot-7 long athlete will loads of potential and upside for the future. While receiving many calls and emails from prospects all over the country, Matrisciano believes that (2) more prospects could join these young men soon, but "nothing is done until it is done."

Matrisciano also believes that his program is best for those worried about the current COVID-19 pandemic, as his athletes remain isolated during the daily training regiment throughout the year."

"We're set up perfectly for COVID-19," said Matrisciano. "The guys are all situated where they are confined - they are isolated. They work out and go back to their home. With us there is no contact."

While it is still very unclear as to when or whether there will be organized basketball competition again, Matrisciano believes that his training option is the wave of the future, and will revolutionize the game and how elite-level athletes train and prepare for the NBA.

"Again, this is not for everybody, but, for those that want the challenge, it's the best," said Matrisciano.

Currently, the top high basketball prospects in America are not able to go right to the NBA, and, as a result, each year potential pro prospects elect to play overseas, or, now, the NBA G-League, as the NBA decided to raise the minimum salaries for the league recently, in an attempt to lure more pro prospects to their developmental league. Last week, one of the nation's top overall prospects, Jalen Green, decided to elect for the NBA's G-League and skip college. Understand, there are very few high school prospects in America annually that would be in a position to make such a decision, but with a year of rigorous training with Matrisciano, the opportunity can be realized. As more of these potential prospects understand the opportunity that lies with Matrisciano, I look for his training option to become more and more impactful to the annual NBA draft.

"If a kid wants to go to college, then go to college," said Matrisciano. "I'm not bashing college. For those that want the college experience, that's great. "What I'm providing is an excellent alternative for those that can handle it, and want to be the best."