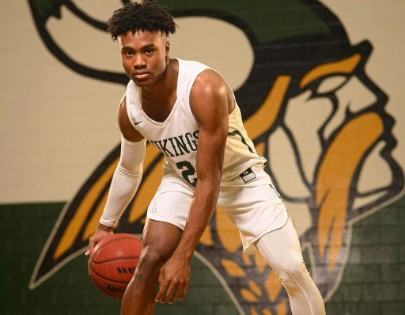 Zipps was also a major sponsor for this year's 22nd Annual Arizona Preps Fall Showcase, which was loaded with many of the state's top high school varsity and prep programs.

Our next selections for the award included our selections for Players of the Month (boys and girls) for March. Our staff has selected two more winners of the monthly award, and this new honor goes to two new award recipients - Sunnyslope High School's ultra-athletic junior point guard Oakland Fort, and Sahuaro High School's star 6-foot-1 junior Alyssa Brown.

Sunnyslope High School's ultra-athletic and gifted 6-foot, 185-pound junior guard Oakland Fort (pictured) recently emerged on the national recruiting scene, after a big performance on ESPN. Fort was almost unstoppable during his junior season, as he led Sunnyslope to an amazing 21-1 overall record on the season, and the 6A State Championship. Fort is one of the best sleeper prospects in America's 2022 Class, as he has NBA athleticism and an advanced overall skillset. Fort is as quick and explosive a guard prospect as there is in the West, regardless of class. He has significant bounce and lift off the floor, and plays at a high speed on both ends of the floor - glaring attributes for him as a college prospect. Currently, Fort has one offer to his credit from Northern Arizona, but many schools are now in pursuit and evaluating him closely.

Alyssa Brown is one of the elite junior prospects in the country -earning the Arizona Gatorade Player of the Year for her amazing performance during her junior season. Brown, a 6-foot-1 junior forward, helped lead Sahuaro to the 4A State Championship game and a 28-2 overall record on the season - averaging eye-popping numbers, 31.4 points, 9.7 rebounds and 3.9 steals per/game. Brown also set an Arizona single-season scoring record of (932) points, and is currently 25th All-Time in Arizona with 2,094 career points.