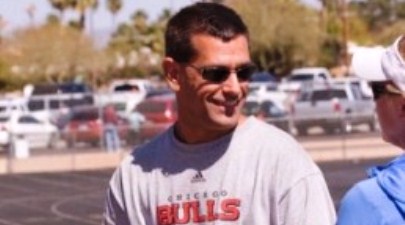 Our Arizona Preps website has been around since 1999, and our staff has worked hard over the years to bring you the best in coverage of the state of Arizona's high school and junior college boy's and girl's basketball.

Our staff is pleased to announce the addition of Gregg Rosenberg to our basketball staff, as Rosenberg will be providing coverage of Arizona boy's high school basketball in the state.

Rosenberg was born and raised in Chicago, Illinois and became a PE Teacher in 1997.  He started coaching basketball in 1995.  During his last 4 years in Chicago, his public school teams went to the regional semi-finals or better in each season.  He later moved to the state of Arizona in 2001 and began scouting players on his own.

After 10 years of scouting for himself, Rosenberg began scouting for the Phoenix Suns in a non-paid position - sending monthly high school reports of top players throughout the country.

Rosenberg currently contributes to several different recruiting sites across the country, and will now begin providing coverage for our Arizona Preps website as well.

"My goal is to get more Arizona players on the map," said Rosenberg.  "I want more Arizona kids to get offers - then just the top 15.

Rosenberg still works full-time as a PE Teacher in the Paradise Valley Unified School District, and is also a basketball coach himself.

"I am looking forward to the day when I can scout full time," said Rosenberg.