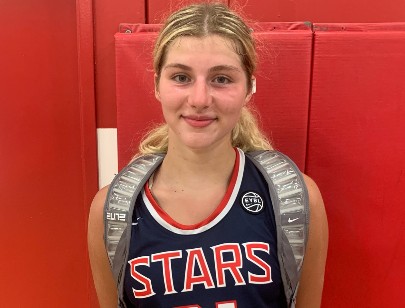 Valley Vista High School's gifted 5-foot-11 junior guard/forward Jennah Isai is on the rise nationally. Currently rated among the nation's Top 30 girls prospects, Isai is now generating loads of college interest for herself, as she begins her junior season.

Isai is a different prospect with size, an advanced skillset and an aggressive playing style that simply makes her look different than her opposition. She is a unique looking prospect, and backs it up with a flat out ability to ball. Last week, Isai received an even higher ranking by ESPN - moving from the #54 overall prospect in America's 2022 Class of prospects, to a much higher #26 national ranking overall.

Arizona Preps' caught up with Jennah after her strong performance this weekend at the Nike Tournament of Champions event in Gilbert, Arizona.