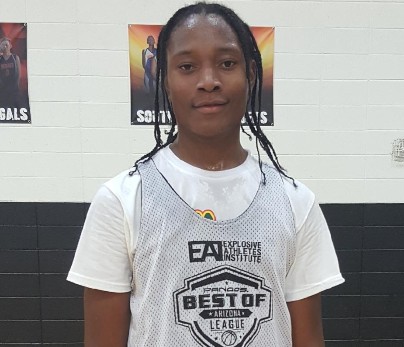 While the Spring NCAA Evaluation Period was cancelled, one of the elite prospects in the class that has not missed a beat has been AZ Compass Prep's 6-foot-4, 180-pound rising senior guard prospect Tyrone "Ty Ty" Washington. Even without an evaluation period to support his performances, Washington has absolutely blown up among college coaches, scouts and media.

With the COVID-19 pandemic increasing around the country and definitely within the state of Arizona, Washington decided to compete in the Pangos Best of Arizona Summer League, and while primarily local scouts and media have been in attendance for the games, the addition of BallerTV.com was worth it's weight in gold for Washington, who poured in a league-high 49 points in a game. Washington's performance in the league was almost epic, as he has played at a very high level throughout the league - showcasing his superb ability to play the game and make plays.

As a result, Washington has seen his already tremendous college recruitment soar to even greater heights, as he has picked numerous offers and much more recruiting interest as a result of his terrific play.

Here is a recent interview with Washington by Arizona Preps, which gives us a much closer look into the basketball star's life and future college decision . . .