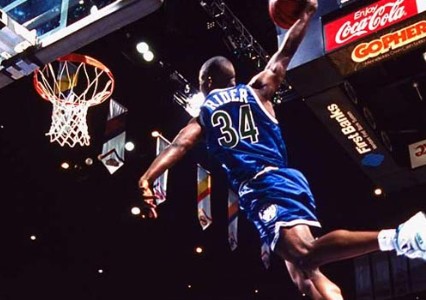 Before Rider was making his big imprint on the valley, he was one of the top scorers to ever play in the NCAA, while a star performer at UNLV. He also spent close to ten years in the NBA, and was the 5th overall pick in the 1993 NBA Draft. Rider played for the Minnesota Timberwolves, Portland Trailblazers and the Los Angeles Lakers, and was one of the top scorers of the basketball in NBA history - scoring more than 9,000 points (9,405) and averaging an impressive 16.7 points per/game throughout his long career.

J.R. Rider is one of the nicest people you will ever meet, and he has a very humble spirit, which has helped him become the man he is today. He has an excellent story and overcame the odds to become a superstar.