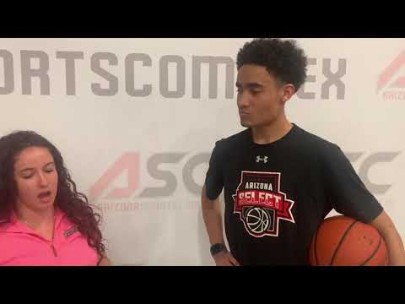 Former Deer Valley High School 2020 graduate Jalen James suffered numerous injuries throughout his Arizona high school basketball career, causing him to miss out on a lot of important game action. As a result, James has decided on a year of post-graduate play at PHHoenix Prep, where he will play for the post-graduate team during the 2020-2021 season.

James is the son of former Arizona high school star basketball product Tarik James, a former basketball star from Cortez High School, where he broke many of the school's scoring records. James was also the Head Coach for Cortez for numerous years, and helped lead the program to numerous state playoff appearances.

Arizona Preps caught up with son Jalen James recently, and asked about his expectations for a post-graduate season, and also following in the footsteps of his successful father. In an emotional interview, James gave us a heartfelt response. This is one of my favorite interviews I have ever been a part of. Enjoy.