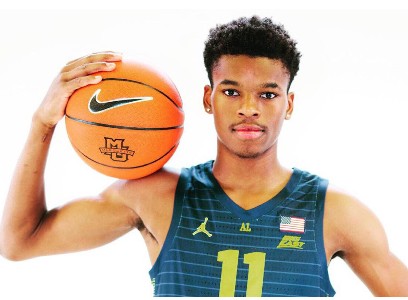 Recently, former Millennium High School's gifted 6-foot-9, 200-pound rising senior forward DaRon Holmes, our 2020 Arizona Preps Player of the Year, gave an announcement that would take the state's basketball community by complete surprise, as he announced that he would be leaving the state of Arizona for his senior season, and playing for national power Montverde Academy (FL).

The national exposure gained from playing a superb national schedule with Montverde Academy will add immensely to his ability to become a strong candidate for the 2021 McDonald's All-American Game. Holmes' emergence on an ultra-loaded Montverde roster next season, will almost guarantee his pursuit to become McDonald's and will also increase his overall player ranking in the 2021 Class almost immediately.

Here is a recent interview by Arizona Preps with DaRon Holmes, a future pro, on why he chose to transfer, his thoughts on his future and what he is looking for in a college program . . .