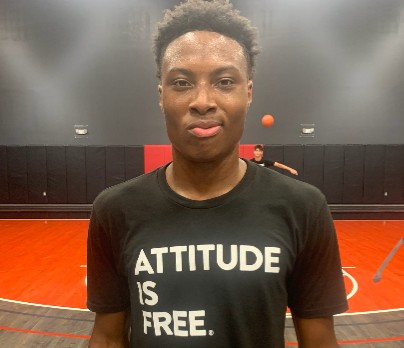 The boy's basketball landscape in Arizona has completely changed over the past (10) years, as prep schools have developed and taken over, in some respects. The initial development and tremendous success of Hillcrest Prep, has spurred the development of numerous other prep programs in the state. As a result, the game has now changed for high school basketball prospects in the state, who are flocking to different Arizona prep programs, in an attempt to gain maximum recruitment and exposure for themselves. While top-rated local prospects are drifting to the prep ranks, local Arizona prep programs also continue to bring in top-rated national talent consistently - growing the state's national basketball presence in the process.

Another program that has recently developed in the state, that is making a huge difference in the Arizona basketball community and the many players they are involved with is PHHoenix Prep (PHH Prep). Organized by Arizona basketball aficionado John Ortega, the newly developed prep program is the next chapter of Ortega's tremendous pursuit to develop a nationally recognized basketball program in the state. After an excellent run with the Arizona Power and Powerhouse Hoops, Ortega recently developed PHHoenix Prep - a prep program located at the newly developed basketball facility known as The PHHacility. The PHHacility is the home for many of the state's and country's top basketball tournaments and events, and is also now known for PHHoenix Prep.

While other prep programs in the state are bringing top-rated national and international prospects to Arizona, PHH Prep is actually focused on Arizona prospects only. Ortega and his large staff of coaches and administrators have quickly developed PHH Prep into one of the top prep programs in the West. The club programs organized by Ortega have been consistently known for producing many Division-I prospects annually for all levels of college basketball, and PHH Prep is no different, as the program produced many different D-I prospects last season - the program's first inaugural season. Last season the prep program produced (7) different Division-I prospects, including Alem Huseinovic (Nevada), Deandre Henry (Nevada), Kiimani Holt (Portland State), Carter Murphy (Air Force), Nick Pappas (Wisconsin-Milwaukee) and Deraje Agbaosi (New Orleans) to Division-I programs.

The PHH Prep program is already off to another great start this fall. Even with the consistent and growing COVID-19 pandemic, the program has again produced Division-I commits, as Brett Hardt is set to sign with DePaul University, Carter Van Hammond has verbaled to Air Force and Matur Dahl recently gave a commitment to Cal-Poly, while many other of the program's top prospects are generating serious offers. This year's boy's prep team will be led by 6-foot-5 senior wing Javon Ruffin and 6-foot-4 senior guard Kiran Oliver. Both prospects already have numerous big offers, while Ruffin has become one of the hottest prospects in Arizona's 2021 Class - recently receiving offers from Cal, Colorado, Nevada and Tulane. Oliver has an Arizona State offer, and also has offers from Pepperdine, Nevada, Winthrop and Portland State.

The PHH Prep program has so many facets to it, when you consider the many teams that they have - post-graduate and undergraduate, their club program (Under Armour Select) and also their tremendous girl's prep and club programs. The program is well recognized nationally and has become an example of what a total program/organization can look like for those desiring to create one, around the country. Ortega continues to make a huge difference and impact on Arizona basketball.

Taylor Made Prep, through the hard work of Jamal Edwards, was one of the first post-graduate programs in the state to develop, alongside Hillcrest Prep. The program is a post-graduate program that allows for Arizona's prospects to have an opportunity to develop and improve their overall college recruitment with another season. Edwards is a strong coach and mentor to his players, and works tirelessly to create opportunities for his players. The program competes all season in a nice schedule and plays against other prep programs, while also seeing a lot of junior college competition.

The Taylor Made program continues to grow and thrive under Edwards, and has done a great job in what they are selling. Recent Northern Arizona University signee Ajang Aguek was a nice recipient of what the Taylor Made program is offering to their student-athletes. Aguek spent a year for the post-graduate program, and improved his recruitment considerably, as a result - eventually landing a Division-I scholarship for himself. The Taylor Made program is a nice option for Arizona's top prospects, looking to improve their situation.

Both PHH Prep and AZ Compass Prep, as well as Bella Vista Prep, have also created tremendous girl's prep programs in the state as well, and many of the girl's prospects from these programs are being recruited by some of the top college basketball programs in the country. These programs each continue to grow and produce top-rated national talent, which has and continues to develop the reputation of Arizona basketball nationally.

There are many other prep programs now developing as a result of each of these prep programs, and the initial development of Hillcrest Prep. We will continue to see these prep programs flourish in state, regionally and nationally, as more and more prospects around the state and around the world look to improve their recruitment opportunities and overall options in the sport of basketball.

Currently, the COVID pandemic has caused many prospects around the country to reconsider their immediate futures, as many seasons have been cancelled. As a result, we could see many more prospects relocating to the state of Arizona, with the expectation that there will be a season - whether in the AIA, CAA or among the numerous prep programs in the state. Many of the state of Arizona's top prospects in the AIA have already moved to prep programs in the state, while the AIA continues to decide on winter sports competition. Either way, prep basketball in Arizona is on another level and continues to thrive - bringing more recruitment opportunities to the state and overall options for Arizona's top basketball prospects. While for so many years our state was years behind other state's in the sport, prep school basketball has bridged the gap and even pushed us ahead in many ways.