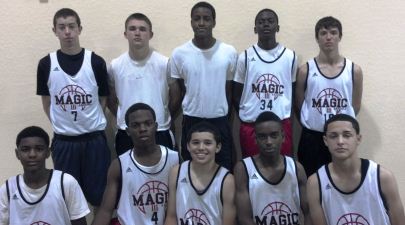 This weekend was a great weekend for Arizona basketball as many Arizona teams participated in exposure events in California and especially Las Vegas, Nevada.

The Magic 15U squad, coached by Chris Hurst, would go undefeated in the event after winning their pool.  They would then defeat the Top Gun / Coastal Elite Blue in the semi-finals, before then defeating Arizona's own, the Arizona Dream Team, in the championship game of the division.

This group of young men are very focused on achieving their individual and team goals, and proved it this weekend with their play in the Las Vegas event.

Congratulations to each of these young men on this tremendous accomplishment.
Join the Forum discussion on this post