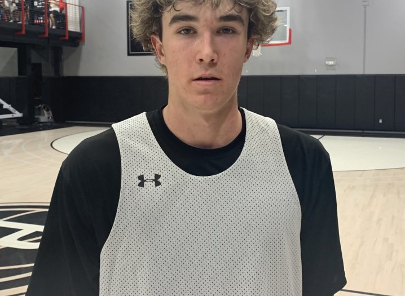 The PHH Prep basketball program has been extremely successful over the years in placing their respective players in college programs all over the country. Program Director John Ortega is one of the very best in the business nationally at helping his players land nice college homes for themselves. While also having tremendous success in his Arizona-based Arizona Select program (formerly known as Powerhouse Hoops and the Arizona Power), Ortega then formed the PHH Prep basketball program, and the prep program has been just as successful at helping their prospects obtain major recruitment for college. This year is no different for the PHH Prep program, as early on in the season, already (5) different prospects from the program have landed commitments to different college programs.

This week, the program announced the commitment of 6-foot-6, 195-pound senior forward Garrett Anderson, who has chosen to verbal to San Jose State University and Head Coach Tim Miles and his men's basketball staff. Miles and his staff are in their first season at the helm at San Jose State, and are already off to an excellent start in their college recruiting - landing several top prospects in the 2021 Class. The program seems to be doing an excellent job in recruiting the state of Arizona as well, and recently landed 6-foot-9 freshman transfer Shon Robinson (Eduprize 2020 graduate), after he transferred from Ole Miss. Garrett Anderson is an absolute steal for San Jose State, as he seemed to be very well under recruited - based on my evaluation of him as a college prospect. An excellent get for San Jose State.

Anderson is a long, athletic wing prospect with tremendous upside as a player and the intangibles that suggest that he will only continue to develop a great deal over time as a player. He has a long, rangy frame that allows him to play well above the rim and make plays look very easy, as a result. He has a good overall skill level that is developing but allows him to score from the perimeter with a nice shooting stroke and range on his shot, and also put the ball on the floor and make plays at the rim. Anderson is a big-time dunker and is able to finish strong over defenders, as a result. As he continues to mature physically and gets bigger and stronger, he will really maximize his potential as a player. He is also an active rebounder and is a good ball handler and passer - fundamentally sound as a player. He has a very bright future ahead of him and should blossom over time at San Jose State.

Joining Anderson this week, was another big commitment by 6-foot-6 senior wing Will Coates, who also gave a nice verbal pledge to Northern Arizona University in the Big Sky Conference. Coates is a skilled and long and rangy wing prospect with loads of upside and versatility. Coates landing at a Division-I program was another nice accomplishment by the PHH Prep program - proving again that they have the ability to maximize their player's recruitment. Coates competes hard and with a purpose, and could be a nice find for Head Coach Shane Burcar and his coaching staff over time.

PHH Prep talented 6-foot-4 senior guard Pierce Bazil is a unique prospect with a very advanced overall skill level and deceiving athleticism that allows him to make big plays in the open floor or while slashing to the basket. Bazil is an excellent shooter of the basketball and has a very good toughness as a player. He is a strong ball handler and passer as well, which allows him to makes plays for his teammates and see plays before they happen on the basketball court. Bazil has committed to Houston Baptist University, and will be a very nice addition for their program.

While the PHH Prep National Team had several commitments, there was also a major commitment from a PHH Prep post-graduate, as 6-foot-2 prep guard Keyon Menifield gave a huge verbal commitment to the University of Washington. A native of Flint, Michigan, Menifield led the Nike EYBL in scoring last spring and summer, and is an electric guard prospect that can score in absolute bunches and in a variety of ways. A combo-guard prospect, Menifield has tremendous value as a scorer and ball handler, and is also a very good defender that plays passing lanes. His commitment to a PAC-12 program was a big deal and another major accomplishment for the PHH Prep program.

The program also recently announced big commitments by JT Elder to the University of Georgia and Dominic Capriotti to Oakland University.

With numerous prospects now off the board for the PHH Prep program, the program certainly will continue to focus on their remaining uncommitted prospects throughout the remainder of the year, as the program will ultimately look to get each of their players committed to college programs.

Congratulations to each of these young men and also John Ortega and his coaching staff on each of these nice commitments for their program, and for the state of Arizona.