Alexis Contreras A Nice Prospect, On The Move 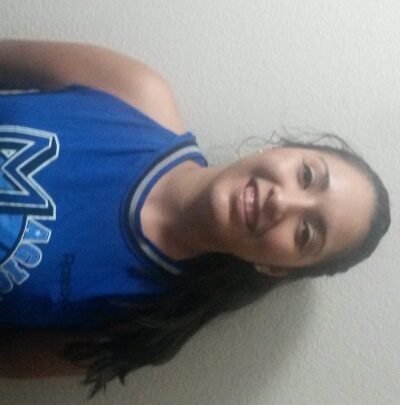 One of the better prospects in Arizona's 2016 class of girls prospects is 5-foot-10 senior wing Alexis "AC" Contreras.  After playing her first three years of high school basketball at Valley Vista High School, Contreras will transfer next season to play for Millennium High School.  Contreras is one of the state's best shooters of the basketball and a very nice looking prospect among the state's 2016 class.

While a player for passionate head coach Rachel Matakas, Contreras developed nicely as a player and helped the team to numerous big wins.  She helped the team as a sophomore go deep into the Division-I state playoffs, and then came back as a junior on a talented team that would finish with a 25-8 overall record on the season.  The team would again go deep into the state playoffs, before losing to Millennium HS in the Division-I state quarterfinals.

Next season, Contreras will transfer and finish her high school career at Millennium HS, where she will join the state's top 2016 girl's prospect and club teammate, Raina Perez.

Contreras has also developed through the club season while playing for her club team, the Arizona Magic Elite.  While being coached by former college coach, Teresa Reible, and playing alongside some of the state's top girl's talent, Contreras has developed nicely and is a nice recruiting target.

Contreras is a big guard prospect with an excellent shooting stroke with unlimited range.  She has a very quick release and gets open on the wing, where she is able to make shots or put the basketball on the floor and score from mid-range, or while driving to the basket.  She has a fundamental approach to the game and her very good size allows her to play inside and out, although she likes to gravitate to the perimeter.

One of her best attributes is her overall toughness as a player.  She is an active rebounder on both ends of the floor, and her ability to fight for loose balls and keep balls alive for her team is a valuable asset.  This aspect of her game was very beneficial last season, when she helped her Valley Vista team defeat top-ranked Liberty HS at home in front of a record crowd.

Contreras is a very good prospect for a college program looking for size at the wing position and a prospect with grit and toughness as a player, since she comes from a very athletic family.  I will continue to watch her progress as a player and bring you any recruiting updates as they begin to develop.

Contreras will travel this week to Las Vegas with her club team, the Arizona Magic Elite, to take part in the Bigfoot Hoops Classic (July 22-26).