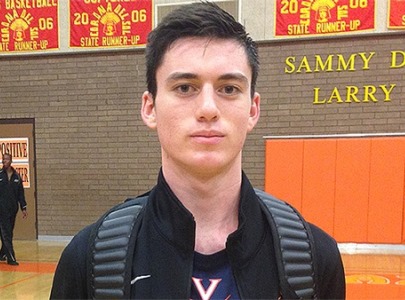 College recruitment for Corona Del Sol High School's superstar 6-foot-2 rising senior guard Alex Barcello has seemed to slow down since a year ago when many college coaches were beating down his door, but this week Barcello has picked up a lot of recruiting steam once again, as the gifted guard prospect received three more division-I scholarship offers.

Barcello is currently traveling with the highly acclaimed and heavily Nike-sponsored Oakland Soldiers.  He had a good spring performance with the program, and will also look to finish out the summer recruiting month of July with the team.

Without the services of Marvin Bagley last season at Corona Del Sol, the Aztecs were unable to reel in their fourth-consecutive Division-I state title.  So Barcello will look to have a huge senior season for himself, while looking to team up with the much improved and hot 6-foot-2 rising senior guard Saben Lee, who has had a huge spring himself.  The two guard prospects will make up one of the nation's elite backcourts next high school season.

We will continue to follow the progress and college recruitment of Barcello closely this summer, as he continues to build recruiting steam this July.